M is for Medicare and minefield 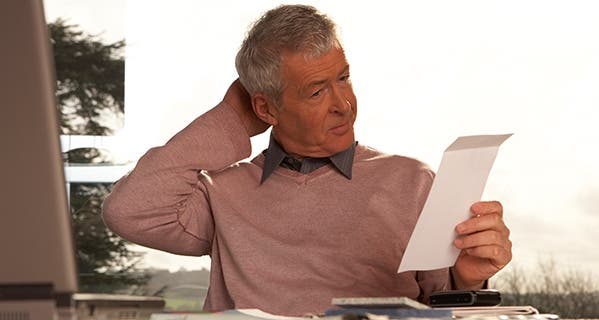 I turn 65 later this year and my mailbox is already full of solicitations from companies that want to sell me Medicare supplement insurance plans.

Medicare doesn’t cover everything, so most people purchase some kind of Medicare supplement. The nonprofit Kaiser Family Foundation reported in 2015 that among those purchasing supplement plans:

Medicare Advantage works differently than traditional Medicare with a Medigap supplement plan. Medigap plans are highly regulated. There are various options with letters for names — plans F and C are the most expensive, the most generous and the most popular. While insurance companies sell and administer them, their basic coverage is defined by law.

Under Medicare Advantage, the federal government totally outsources Medicare coverage to insurance companies. The coverage can be similar, but the insurer has leeway in how it structures payments and what it charges and, to some degree, what it covers.

It’s clear why Medicare Advantage plans are appealing. The upfront cost can be as little as nothing for plans that charge only the Part B premium that Medicare participants pay automatically out of their Social Security. Low cost is undoubtedly why enrollment in Medicare Advantage plans has climbed to 16.8 million enrollees in 2015, up 1 million from 2014, according to Kaiser.

Low cost is good, but as the Kaiser and other experts point out, the pain can come when you get sick. In 2015, the out-of-pocket maximum for Medicare Advantage plans averaged $5,041. Costs for traditional Medicare with Medigap are significantly lower, depending on the Medigap plan you choose.

“The growth in out-of-pocket limits makes it increasingly critical that beneficiaries receive good information to help them choose effectively among the complex array of choices they face,” the Kaiser report said.

Some critics are even more outspoken. “If you pick Medicare Advantage, what you’re basically doing is turning your health-care decisions over to a health insurance company,” says Jesse Slome, executive director of the American Association for Medicare Supplement Insurance, a trade association whose members represent both Medigap and Medicare Advantage plans. “The question that every consumer has to ask at 65 is, ‘What is having control worth to me — not necessarily today, but down the road when I really need care?'”

Some satisfied with Medicare Advantage

As a consumer, I don’t think the decision is a slam-dunk. My accountant husband, who spent his entire career in the insurance business, chose a Medicare Advantage plan 5 years ago when he signed up for Medicare because it is similar to the plan he had as an employee and easy for him to understand. He has been happy with it ever since. Last year, when he was fighting cancer, he hit his $5,000 maximum out of pocket for the first time. But after that, the insurer paid everything — no hassles at our region’s premier cancer center.

One thing worth thinking about is that in 2015, Congress passed the Medicare Access and CHIP Reauthorization Act. Hidden deep in the law is a provision that prohibits Medigap policies from covering the Part B deductible for people who become eligible for Medicare on or after Jan. 1, 2020. While it mostly doesn’t affect people who turn 65 before then, it could have an impact on someone who chose a Medicare Advantage plan first — while they were healthy — and who then wanted to switch to Medigap as they aged.

That switch isn’t easy. Medigap insurers aren’t required to take you on the rebound if you have a preexisting condition. And even if they do take you, you can be charged a much higher than normal premium. But if you have a serious ailment, switching can save you money and many people do it, according to a study released last fall at Brown University.

Ultimately, it’s a personal decision, and Slome advises that you find a knowledgeable insurance agent who will help you explore your options. Slome’s association offers a database of these agents that is free to search. He says choose your adviser wisely.

“A lot of agents don’t know anything about Medicare, or if they do, they won’t spend the necessary time with you because the commissions aren’t very high. But even similar polices vary not just in price but in the nuance, and you can’t figure that out from the brochure. You really need expert help.”

Here are some basic questions to ask before you choose a Medicare Advantage plan.