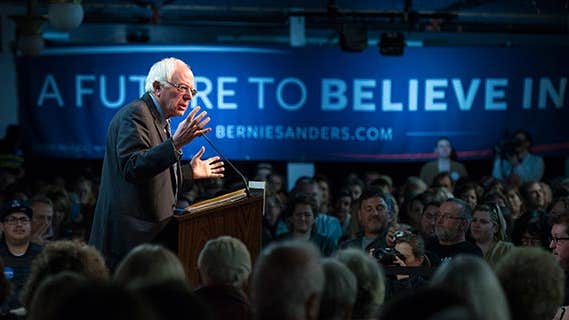 Are Americans getting what they need from Social Security, or should we figure out how to make it more generous?

GOP candidate Chris Christie has called for holding down Social Security costs by means-testing recipients. And Donald Trump has said that he and other very wealthy Americans should “voluntarily” relinquish their Social Security benefits. “I have friends that are worth hundreds of millions and billions of dollars and get Social Security. They don’t even know the check comes in,” he said.

In the midst of this debate, the nonpartisan Congressional Budget Office released a report on Dec. 15, rejiggering how it calculates Social Security’s income replacement rate — annual benefits as a percentage of past earnings. Previously, Social Security has shown the replacement rate as a percentage of average lifetime earnings. The new method shows benefits as an average of workers’ last 5 years of earnings prior to age 62.

Note: The replacement rates shown reflect the percentage of pre-retirement earnings — specifically, the average of the last 5 years of substantial earnings before age 62. Earnings are “substantial” if they amount to at least half of a worker’s average earnings. Workers are assumed to claim benefits at age 65. All values are net of income taxes paid on benefits.

There are some adjustments and caveats, but, in general, the new results present a more favorable picture of the generosity of Social Security. Based on these numbers, the Congressional Budget Office is probably correct when it said in the report’s introduction, “Older workers approaching retirement may find it more useful to know the extent to which Social Security can replace their pre-retirement earnings rather than their lifetime earnings.”

One of those applauding this change is Andrew Biggs, a resident scholar at the American Enterprise Institute, a conservative think tank based in Washington D.C.  From 2007-2008, Biggs served as principal deputy commissioner of the Social Security Administration. He says that this new replacement rate calculation shows that Social Security provides an adequate retirement income for the very poor and offers middle income earners  a running start on retirement planning.

“If you are a low-income person, Social Security is replacing essentially all your pre-retirement income. For a person at that income level, there is not much reason to save much for retirement,” he says.

“For a typical middle-income person, Social Security replaces about 60% of your late-life earnings. … The point is that Social Security isn’t all people need, but it comes a lot closer than we previously thought,” Biggs adds.

Should Social Security guarantee that people have enough to live comfortably in retirement? Biggs doesn’t see that as an appropriate — or realistic — goal. “You can’t think about super luxurious living. The question is whether someone can maintain the same living standard that he had before retirement. There is a problem with people being poor, but that isn’t a reflection on the retirement planning system not working well,” he says.

Here’s how to keep working and raise your benefits.

<p>Jennie L. Phipps is a gray hair who writes a lot about retirement — even though she isn't retired. She also creates content about a variety of other topics, mostly on behalf of marketers, agencies, and directly for businesses. She publishes a subscription online newsletter and community for independent journalists. And once in a while, she takes on other kinds of assignments just because she thinks the topic is interesting or she likes the people she'll be working with.</p>