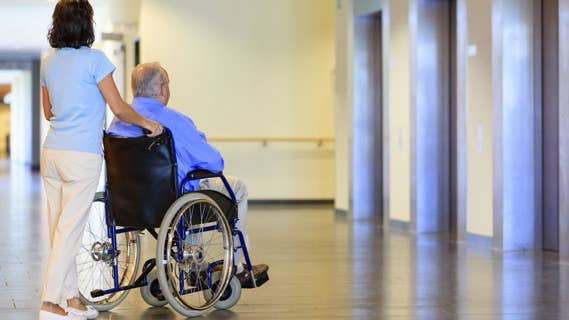 Long-term care is expensive and, even if you need it, you may not need it for long. So now the long-term care industry is promoting a cheaper insurance alternative: short-term care insurance that will cover the typical nursing home stay but won’t help those requiring longer stays.

Short-term care insurance policies typically provide 6 months to a year of coverage, according to Jesse Slome, executive director of the American Association for Long-Term Care Insurance, a trade association that recently expanded to include short-term care insurance products.  Slome says the policies are appealing to many people for several reasons:

The price is lower. Slome estimates that annual premiums range from $700 to $1,500 a year, depending on the age of the insured and the length of the coverage period. Shorter, cheaper coverage periods are available.

The question remains, does short-term care make sense and does it make more sense than buying expensive long-term care? Your mileage may vary, but you might consider these issues.

Can you cover this with your own funds?

In a paper published 5 years ago, the Journal of the American Geriatrics Society examined long-term care stays and concluded that the typical nursing home patient entered at age 83 and died within 6 months. Other studies have estimated the average stay to be longer.

In any case, there is no question that if you need nursing home care, the costs can be daunting, and Medicare won’t pay for it except for a limited time under certain circumstances. Medicaid might, but you must impoverish yourself first. If you’re wealthy, you can manage the bills yourself. But if you are somewhere in the economic middle, then insurance of some sort can make sense.

Slome points to a 70-year-old single woman who breaks a hip — a common scenario. “She goes into the hospital and they patch her up and send her home, but she has no family to help. A short-term care policy could fill the gap,” paying for professional help while she gets back on her feet, he says.

Not having a long elimination period is important for many families, says Chris Campbell, senior vice president of marketing and communications for CNO Financial Group, parent of Bankers Life, which sells short-term care policies. “The old notion was that you should have 6 months of emergency funding in cash and that is what would carry you through the elimination period. Most people today don’t have that,” says Campbell.

Campbell recommends that people buy short-term care insurance in their 50s or 60s because they don’t know when they might need it. Using the short-term care cost example here, someone who buys short-term care insurance at age 65 and doesn’t need it until they turn 85 would pay $8,100 and collect $18,000 if they had a claim. By comparison, if someone put $33.75 a month into a savings account that pays 2% for 20 years, they would have a little less than $10,000 at the end of the 20-year period.

No matter how you manage it, having a plan for personal care during a health crisis is essential because otherwise you could stumble into financial disaster. Medicaid can provide long-term care as a last resort, but you probably won’t like the terms.