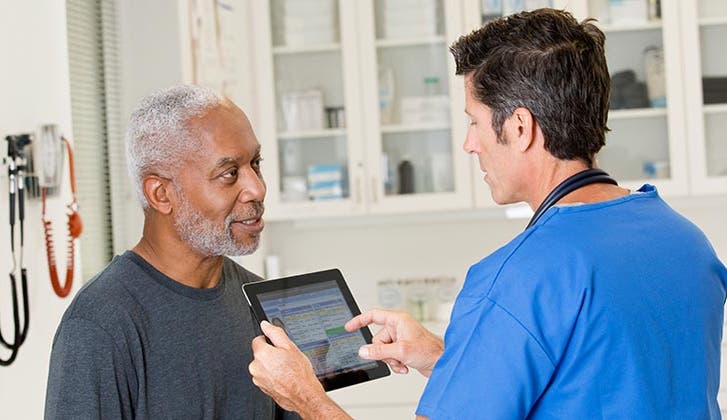 Some Medicare participants will have to dig deep in 2017 — even though Social Security payments didn’t rise very much.

The Centers for Medicare and Medicaid Services announced its premium increases for Medicare Parts A and B. Part A covers inpatient hospital, skilled nursing facility and some home health care services. Most people don’t pay a Part A premium if they have logged at least 40 quarters of Medicare-covered employment — roughly 10 years in the workforce. If you didn’t work enough under Social Security to earn Medicare Part A, your premium will rise $2, from $411 to $413 in 2017.

For about 70 percent of Medicare participants, monthly Medicare Part B premiums will rise about 4 percent to $109 in 2017 from $104.90 in 2016. That’s because of the “hold harmless” provision that puts a lid on Medicare premiums when the annual Social Security cost of living allowance is low like it will be in 2017 — rising only 0.03%.

The remaining 30 percent of Medicare recipients who aren’t subject to the hold-harmless clause will pay $134, a 10 percent increase over 2016’s monthly premium of $121.80. This group includes beneficiaries who do not receive Social Security benefits, those whose Part B premium isn’t subtracted from their Social Security, newly enrolled Medicare participants, and those whose premiums are covered by Medicaid (read: taxpayers). High earners, which constitute 5 percent of this group, get to pay even more.

That may not sound too bad, but it’s only the beginning.

Deductibles going up, too

If you have only Medicare, you could face all of these costs, but if you’re enrolled in Medicare Advantage or a Medicare supplement plan, you may escape them in part or altogether, depending on what you chose.

The premiums for Medicare Advantage plans, which are offered by private companies that contract with Medicare to provide you with Part A and Part B benefits, are already set. In fact, the average Medicare Advantage premium is expected to decrease slightly, from $32.60 on average in 2016 to $31.40 in 2017. Likewise, Part D prescription drug plan rates have already been determined.

If you are a higher earner, the price of Medicare coverage is rising a lot more. The chart below shows exactly how much increase you can expect, depending on your income and how you file. If you lived with your spouse during the year and you’re filing separately, expect to pay even higher premiums.

Income reported on a participant’s 2015 tax return is used to determine Part B premiums in 2017. If your income that year was abnormally high due to a life-changing event, you can appeal.