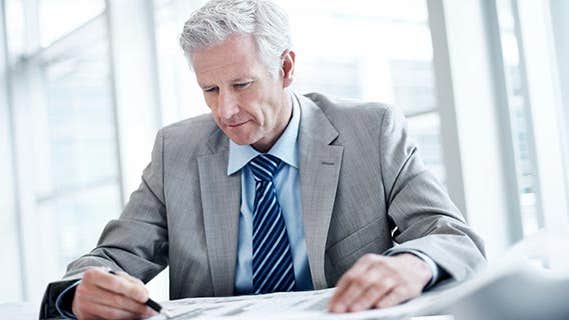 “In the 70, 80s and 90s, families experienced a lot of changes in structure. There was an increase in divorce, in cohabitation and in families headed by single parents. Now, it seems like all the turmoil is catching up with baby boomers just as they reach retirement age,” says Mark Mather, a demographer and an associate vice president of U.S. Programs at the nonprofit Population Reference Bureau, or PRB.

The PRB analyzes complex demographic data so it can be used by advocates, journalists and decision makers. Mather, along with a team of others, recently prepared a report on the “implications of all these baby boomers who are starting to retire.” He says that it is “one of the most important trends underway in the U.S.”

As we go full tilt into 2016, a year devoted to electing a new president, here are some demographic trends to look out for before they hit you head on.

He’s married; she’s not. 72% of men ages 65 and older are married, compared with 48% of women the same age. That means more women live alone on lower incomes.

Downside of homeownership. 78% of people 65 and older own their homes, but many of them can’t afford it. More than a quarter of these homeowners spend 30% or more of their income on housing expenses. That cuts into the budget for food, transportation and medical expenses. “It is a good reason to move to a lower cost area when you retire — so you can have a home with less money,” Mather says.

Working past 65 is a privilege. Men ages 65 to 74 with at least a bachelor’s degree are more than twice as likely to be on the job compared to men with less than a high-school diploma, and college-educated women of the same age are 3 times as likely to be employed compared to women who didn’t graduate from high school. “Blue-collar workers can’t always work until age 65 because they are more likely to have health issues. So they retire at age 60, or even younger, which leads to lower income in the long run,” Mather says.

No one to take care of grandma. 3 trends — fewer young people, higher health care expenses and longer but potentially less healthy lives because of lousy health habits — could add up to a crisis. “What was most striking to us were the implications for caregiving,” Mather says. “Caregiving is going to be an issue for lots of people in retirement. They will have to get care from someplace. It’s less likely to come from family members because there are fewer of them available than there were in earlier decades. And many people don’t have enough money to pay for professional care.”

Fewer people to pay the bills. At the turn of the 20th century, the U.S. Census Bureau said there were 14 working-age adults for every person age 65 or older. By 2014, that number had dropped to 4 workers for every Social Security and Medicare recipient. The Census projects that by 2060, the ratio could fall to 2 workers for every recipient.

Baby boomers are a lighter shade of pale. By 2030, fewer than 30% of people age 60 and older will be members of a minority group, while more than half of those younger than 40 will be minorities. The PRB calls this a diversity gap and concludes that it could increase intergenerational conflict between a mostly white older population — eligible for Social Security and Medicare benefits — and a younger, racially and ethnically diverse population entering the workforce in a period of economic instability. “I don’t think there is a cure to this problem, which is the result of long-term demographic and economic trends. But policymakers can help by supporting affordable, high-quality education and training for young adults who are struggling to find jobs with decent wages,” says Mather.

<p>Jennie L. Phipps is a gray hair who writes a lot about retirement — even though she isn't retired. She also creates content about a variety of other topics, mostly on behalf of marketers, agencies, and directly for businesses. She publishes a subscription online newsletter and community for independent journalists. And once in a while, she takes on other kinds of assignments just because she thinks the topic is interesting or she likes the people she'll be working with.</p>