Which market has priciest homes? 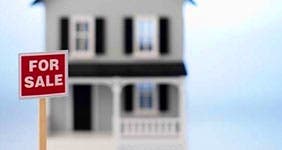 Technology companies are fueling one of the most expensive real estate markets in the country, according to the annual Coldwell Banker real estate home listing report.

Homes in Northern California’s Silicon Valley, home to the technology companies Facebook, Google and Apple, are $1.6 million more expensive than listing prices for similar homes in the Midwest. Prices in Los Altos, Calif., average $1,706,688 for a two-bedroom, two-bathroom home, while the average price for a similar home in Redford, Mich., is $60,490. The average price nationwide is $292,152.

House price fluctuations usually affect coastal states the most, so it’s not surprising that those states have the most expensive markets. But it’s interesting to note that living just outside those costly areas can be surprisingly affordable. For example, Newport Beach, Calif., has an average home listing price of $1,658,000, but if you head just about an hour east to Lake Elsinore, you’ll see a similar home listed for $192,804.