Why do people ditch their carriers? 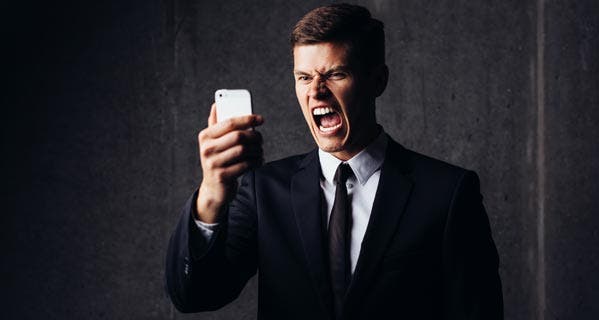 People love to complain about customer service. And you’ll find no shortage of griping on social media when it comes to the attentiveness — or lack thereof — offered by the nation’s largest wireless carriers.

But a recent survey by Chicago-based Consumer Intelligence Research Partners, or CIRP, found that few people ever ditch their smartphone service provider over customer service issues. When it asked mobile phone users to explain why they switched carriers, well less than 10 percent cited customer service as the reason.

That’s not to say chronic service problems don’t exist. In July 2014, J.D. Power found many customers had to repeatedly contact their carrier before resolving their problem. For example, 82 percent of customers who first went to a retail store to inquire about an issue ultimately called the carrier, while 18 percent went online when they were unable to get a satisfactory answer.

We’re loyal to you

So if we don’t ditch our carriers because they continue to botch our bills or otherwise ignore our complaints, what does it take to get us to leave? Apparently, we’re gluttons for abuse.

But when customers do switch, they switch for three reasons, the CIRP study found: cost, network quality and plan structure, including the volume of data and texts allowed per month.

The top reason why people leave isn’t the same at each carrier. More than half of Verizon and AT&T customers who leave identify cost as their reason, while about 40 percent of Sprint and T-Mobile customers cite network quality as the reason they went to another carrier.

Have you ever switched smartphone carriers? What was your reason?