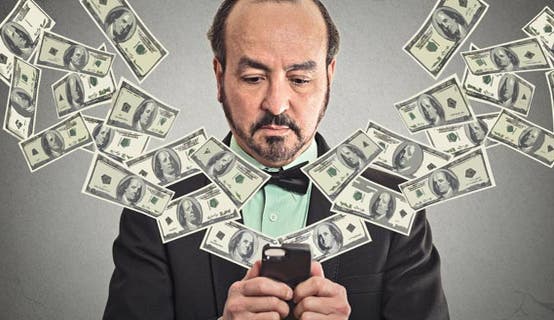 Sprint wireless customers were hit with millions of dollars in unauthorized third-party charges every year for nearly a decade, and the carrier did nothing to stop the charges despite complaints from customers, law enforcement and advocacy groups, a new lawsuit alleges.

Profit drove this scheme, which lasted from about 2004 to 2013, the Consumer Financial Protection Bureau says in its lawsuit filed Wednesday in New York. Sprint kept 40 percent of the gross revenue it collected for these charges, “totaling hundreds of millions of dollars.”

So, what were customers paying for? In a now familiar allegation of cramming, the customers were charged either a one-time fee of up to $4.99 or a monthly subscription charge of about $9.99 for ringtones, horoscopes and flirting tips, among other digital content.

Here’s how it worked.

Let’s say a consumer saw an online ad for a ringtone and clicked on it. The customer would then be asked to provide a cellphone number through which the ringtone would be delivered by text message. The websites were supposed to disclose prices and alert consumers as to whether the charges were reoccurring. Sprint’s billing system allowed outside vendors to place the charges on customers’ phone bills.

But the CFPB says some companies used misleading coupons or giveaways that “tricked” consumers into providing a phone number. “When a customer received a text message from the merchant, she responded believing she was going to receive the advertised coupon or free item, when in fact she unwittingly ‘purchased’ a monthly subscription that continued until she canceled the service.”

And this wasn’t the worst of it.

The government’s watchdog agency alleges that quite often merchants “crammed fabricated charges onto Sprint’s bills” without actually providing a product or service. The charges continued undetected for months.

The lawsuit seeks refunds for affected customers, as well as punitive damages.

Meanwhile, a Sprint spokeswoman says the company “took considerable steps to protect wireless customers,” although she did not elaborate in an emailed statement.

“We are disappointed that the CFPB has decided to target Sprint on this issue, and we strongly disagree with its characterization of our business practices,” spokeswoman Stephanie Vinge Walsh wrote.

If the CFPB prevails, this could cost Sprint tens of millions of dollars. In October, AT&T settled a similar complaint with the Federal Trade Commission, agreeing to a record $105 million penalty.

That’s the rumored fine the Federal Communications Commission is mulling, as well, according to anonymous sources quoted this week by The National Journal. FCC commissioners have not voted to take action on the proposed fine.

A third cramming case also is pending. In July, the FTC sued T-Mobile, alleging it engaged in similar practices.