One reason to keep a landline: 911 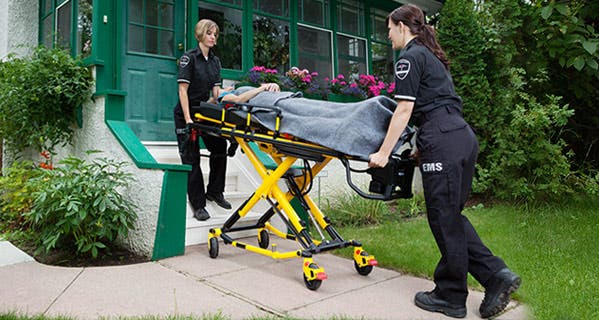 About four in 10 American households no longer have a landline telephone, recent government data show. Almost all of us own cellphones — smart or otherwise — and the connected phone is seen as redundant and an unnecessary expense.

The traditional telephone may be nearing the end of its usefulness, with one very important exception: It could do a better job at helping to save your life than a cellphone can. Since a landline is associated with a single fixed location or address, it’s fairly easy for emergency responders to track a call coming from that number.

But despite rapid technological advances (The first generation iPhone debuted just seven years ago!), it turns out it’s difficult to accurately locate a mobile phone user when they call 911 from indoors. This isn’t a big deal if you can tell the 911 operator your location when you call. But what if you can’t share that information because you become incapacitated or the call is dropped?

“The technologies used to locate outdoor callers simply don’t work as well indoors,” David Simpson, chief of the Federal Communications Commission’s Public Safety and Homeland Security Bureau, writes in a recent blog post on the agency’s website. “Additionally, today’s 911 location technologies can’t tell a 911 call center what floor a call is coming from. Imagine the challenge this creates for an EMS technician when responding to a medical emergency in a 50-story skyscraper!”

Majority of 911 calls made using cellphones

In fact, the FCC found in 2012 that location technology would show first responders only the city block in which the call originated. In densely populated areas, there could be hundreds or thousands of people located within a city block. This is a problem considering the FCC estimates about 70 percent of 911 calls made today are made using a cellphone.

So the federal government has proposed new rules mandating improvements over the next several years in how well a wireless caller can be tracked indoors — through windows, floors and walls. The FCC has proposed a standard of accuracy that would allow responders to determine the floor and general area of that floor in which a caller is located. The government says this standard could save 10,120 lives annually.

A comment period on an industry response to the proposed rules ends today.

Tips for calling 911 from a cellphone

No matter what the government decides, for some time to come cellphones simply won’t be as accurate as landlines when it comes to determining location. With that in mind, the FCC has offered tips for what you should do if you call 911 from a mobile phone: