Broken smartphones have cost us $23.5B 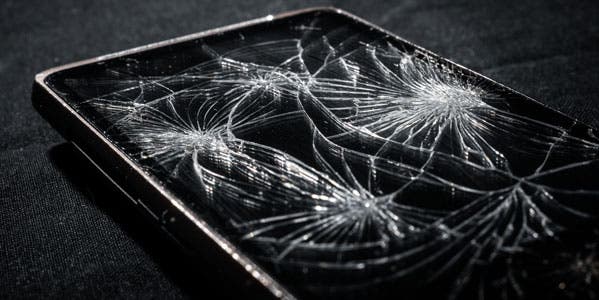 That $199 price Apple CEO Tim Cook proudly announces every year for the latest and greatest iPhone every year doesn’t include lots of stuff: larger monthly payments to pay off the remaining cost of the phone, all the data that phone is going to gobble up — or the hundreds you may spend repairing it.

Americans have spent $23.5 billion on repairing or replacing damaged smartphones in the seven years since the first iPhone debuted, according to a recent study by SquareTrade, which sells consumer electronics warranties. For some perspective on that number, the Manhattan Project that employed 130,000 scientists and workers in a race to create the first nuclear bombs cost about $26 billion in today’s dollars, according to Wikipedia.

How can that be? Despite the fact it’s often made of so-called Gorilla Glass, the big, beautiful screen that made smartphones a must-have is prone to breaking — a lot. The study found that more than a quarter of all iPhone users have cracked their screen at one point, and some 15 percent are using a phone with a cracked screen right now.

So what’s a smartphone addict to do? A sturdy case may help to minimize the damage done by drops, but no case is 100 percent effective. You could try getting a warranty or insurance, but the high deductibles and monthly premiums mean those services may not be worth it unless you’re a “serial dropper.”

The only solution to a broken phone may be to find a repair service either locally or online and consider the $100 to $150 price tag as part of the cost of smartphone ownership. Or just try to tolerate that cracked screen until you’re up for a phone upgrade (putting a clear plastic cover over the screen may help).

Because unfortunately, until someone invents an unbreakable smartphone (or manufacturers decide it’s time to stop making money hand-over-fist on replacement parts), that $23.5 billion figure is going to keep marching northward.

What do you think? How do you deal with a broken phone?