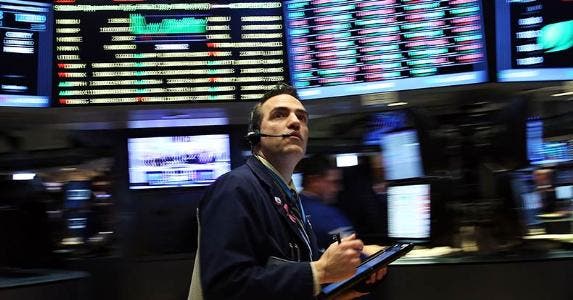 The stock market embraced a strong jobs report on Friday to break through its Brexit funk.

The rally helped markets to recover to their levels before the Brexit vote by the United Kingdom to exit the European Union.

RATE SEARCH: Weighing a safe investment like certificates of deposit? Check out the CD rates today at Bankrate.com.

Even though the market recovered to pre-Brexit levels, the rally had little to do with Brexit. It followed Friday morning’s announcement that the economy had created 287,000 jobs in June, bouncing back from May’s dismal and disturbing payrolls number, which was revised downward to just 11,000 jobs added.

A jobs increase of 75,000 to 100,000 is enough to keep up with population growth, so the increase was a nice pop and a sign that the U.S. economy is withstanding turmoil in the U.K. and EU, at least for now.

No move by the Fed expected

The market may be looking ahead to the Federal Reserve meeting this month, leaving observers to wonder if it’s time for the central bankers to raise interest rates.

RATE SEARCH: Are certificates of deposit in your future? Consider these CD rates today at Bankrate.com.

Scott Anderson, chief economist for Bank of the West, doesn’t think so. “It will likely take more than one month of better job gains to convince (Fed policymakers) that another interest rate hike is warranted,” he says.

The bounce in markets comes on the heels of a week in which Treasury yields skidded. The 10-year yield fell to a record low of 1.366% to end the week.

The big market gainers of the Dow industrials were Caterpillar, Du Pont and American Express, rising about 3%. For the S&P 500 Index, the biggest movers were CBRE Group, CF Industries Holdings, Viacom, the Gap and Alcoa, climbing 5-6% for the day, according to CNBC.