Sheyna Steiner @SheynaSteiner
May 21, 2015  in  Investing 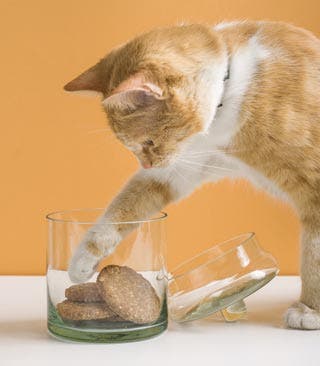 Is it really a punishment to fine giant banks hundreds of millions of dollars? No one seems to have any better ideas to deal with theft on a global scale.

Yesterday the Justice Department announced that five big banks have pleaded guilty to manipulating currency exchange rates, specifically between the U.S. dollar and the euro.

Investors in the banks seemed to shrug off the news. Shares of Goldman Sachs Group, JP Morgan Chase and Citigroup closed the day slightly lower. UBS shares closed up for the day, as did the Royal Bank of Scotland Group.

Millions of people are impacted by the rate of exchange between currencies. American consumers buying Italian olive oil would pay more if the euro was stronger against the dollar or American businesses could find their bottom lines dented from a stronger dollar if European customers couldn’t buy as much of their products.

There’s nothing illegal about speculating on the direction of currency fluctuations, but big traders getting together to push the rate of exchange in one direction to facilitate their own profits is illegal — similar to pump and dump scams in stocks, but on a global scale.

The five banks admitted their guilt in colluding to fix the exchange rate between the U.S. dollar and the euro between December 2007 and January 2013.

From the Justice Department:

According to plea agreements to be filed in the District of Connecticut, between December 2007 and January 2013, euro-dollar traders at Citicorp, JPMorgan, Barclays and RBS — self-described members of “The Cartel” — used an exclusive electronic chat room and coded language to manipulate benchmark exchange rates. Those rates are set through, among other ways, two major daily “fixes,” the 1:15 p.m. European Central Bank fix and the 4:00 p.m. World Markets/Reuters fix. Third parties collect trading data at these times to calculate and publish a daily “fix rate,” which in turn is used to price orders for many large customers. “The Cartel” traders coordinated their trading of U.S. dollars and euros to manipulate the benchmark rates set at the 1:15 p.m. and 4:00 p.m. fixes in an effort to increase their profits.

The banks also helped each other out by agreeing to withhold bids or offers for either currency that could move the exchange rate adversely to open positions held by one of the banks.

Here’s the punishment doled out, according to the DOJ:

Barclay’s was already in hot water from its role in manipulating LIBOR and other interest rates. For that, it was docked an extra $60 million.

UBS, also guilty of LIBOR shenanigans though previously under a non-prosecution agreement for its role, will plead guilty to one felony charge of wire fraud in connection to LIBOR manipulation and agreed to pay $203 million.

All five banks are on corporate probation for three years and agreed to stop all criminal activity.

The Federal Reserve is also fining the five banks a combined $1.6 billion in connection with the Justice Department’s criminal charges.

What do you think?