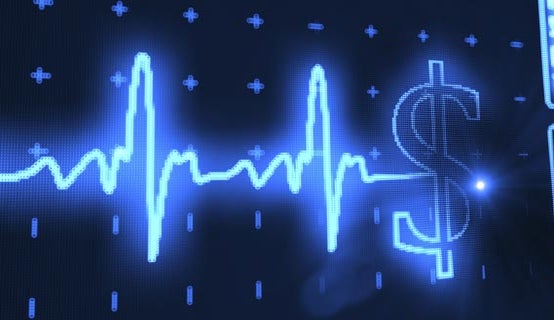 What if a person received a bill from a psychologist that included a charge for the room used for therapy sessions — and the patient’s insurer refused to cover that?

What if a woman in your family visited the doctor to have an intrauterine device inserted — a procedure that’s supposed to be fully covered per Affordable Care Act regulations —  and had to pay an office charge before any care could be given?

These may just sound like hypotheticals, but they’re examples of a new generation of health care fees that are becoming an industry trend, experts say.

Patients are often hit with these new charges in the moment, says Erin Fuse Brown, an assistant professor of law at Georgia State University in Atlanta.

“Those are really hard to avoid because there’s no disclosure upfront,” she says.

One possible reason why the fees are gaining traction is that patients increasingly are receiving care in facilities owned by doctors, says Patricia Thomas, director of the health and medical journalism graduate program at the University of Georgia in Athens, Georgia.

“The main thing I’ve noticed here in Athens is that big group practices, especially orthopedics, are shifting procedures out of hospitals and into their own free-standing surgery centers,” she says. “Which means, of course, that they can bill for facilities, supply and disposal costs that used to go to the hospital.”

Though there may be several explanations for why providers seem to be “nickel and diming” patients, the trend isn’t a side effect of the Affordable Care Act, Brown says.

“There’s nothing in the (law) that causes providers to do this,” she says. The general tendency to shift more costs to patients was around before Obamacare, she adds.

The New York Times has reported that health care providers use these charges as a way to recoup losses from the lower payments they’re receiving from insurers. An orthopedic clinic might slap a patient with an extra fee to put an arm in a cast, a maternity ward might charge a new mother for a lactation consultant, or an emergency room might bill you for an “activation fee” on top of the usual facility charges, The Times found.

One way to avoid having to pay surprise fees when you show up at your doctor’s office is to comparison-shop within your provider network. Some states, such as Massachusetts, have transparency laws that allow you to look at prices ahead of time, but most states don’t. You also could call your provider to inquire about your payment responsibility.

In most cases, patients aren’t in a good position to negotiate, Brown says. People usually have to adjust their schedules just to make medical appointments.

“They need the service done or they really want their pair of glasses or they want their IUD put in,” she says, “so they’re sort of over a barrel.”

There aren’t any federal laws or regulations to restrict health care providers from charging these separate fees, adds Brown.

Here’s a look at six other health care “gotchas” and how to prevent them.