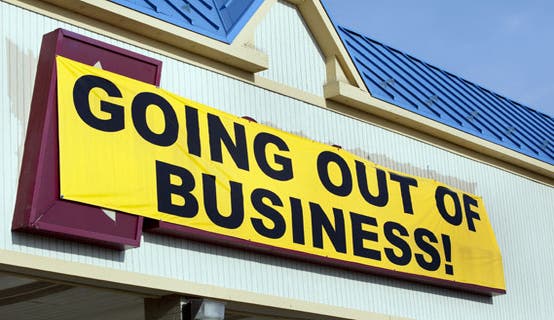 While big-picture analysts ponder the recent announcement from health insurance giant UnitedHealth Group that it may cease offering Obamacare exchange plans next fall, residents in a dozen states are scrambling for coverage now, as nonprofit insurance co-ops throw in the towel.

That reality suddenly hit home to more than 200,000 customers of Health Republic of New York last week when state regulators forced the nation’s largest health insurance cooperative to close due to financial problems.

They’re not alone. Of the nation’s 23 co-ops that opened in 2014 to offer plans on the exchanges, 13 will have bitten the dust by year’s end. Unfortunately, 10 of those closed this fall, just as the 3rd Obamacare open enrollment was getting underway. In fact, Michigan’s Consumers Mutual Insurance posted notice on its website 2 days into open enrollment that it would not be offering 2016 plans. Awkward.

The closures have forced 940,000 policyholders to scramble to sign up for new plans by Dec. 15 in order for coverage to begin in January.

While the Health Republic closing was inconvenient for its policyholders, it has been even more of a blow to the doctors, hospitals and other clinicians left holding the bag for services they provided this year.

The Health Care Association of New York State and the Medical Society of the State of New York estimate that their member medical facilities are owed at least $150 million this year, through October. A Medical Society survey of 800 doctors found that 43% were owed money by the co-op, with 8% of those owed $25,000 or more. One practice with 22 physicians was left holding for more than $5 million, the survey found.

Mandy Cohen, chief of staff for the Centers for Medicare and Medicaid Services, told a U.S. House hearing on the closures: “We are going to be using every tool available to recover taxpayer dollars,” while declining to predict an exact dollar amount.

The challenges for co-ops

Why can’t the co-ops make a go of it under Obamacare, the very law that helped create them? Experts point to a number of reasons, including poor management, insufficient startup funds and those pesky affordable premiums.

Naturally, the co-op closings have fueled rhetoric from both sides of the political aisle. House subcommittee chair Rep. Kevin Brady (R-Texas) blamed the Obama administration for “poor decision-making and failed execution,” adding that “a model that is wrong isn’t going to succeed.” Rep. Jim McDermott (D-Washington), the subcommittee’s ranking Democrat, countered that the Republicans “deliberately sabotaged” the co-ops by slashing their initial funding from $6 billion to $2.6 billion.

Dana Goldman, director of the USC Schaeffer Center for Health Policy and Economics, says the exit of UnitedHealth Group may serve as the canary in the coalmine for Obamacare.

“We should be concerned,” Goldman told the Los Angeles Times. “The long-term sustainability of the Affordable Care Act requires a functioning market with lots of players.”