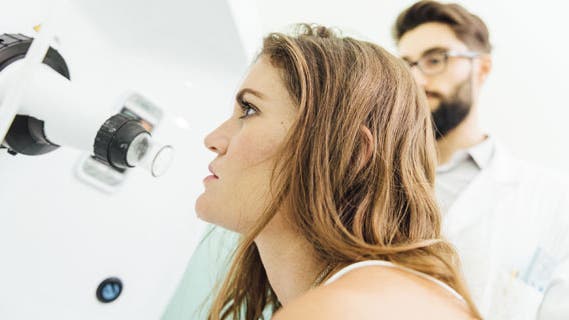 As someone who has been immersed in the minutiae of Obamacare since its congressional passage in 2009, it has been all too easy to lose sight of its core mission.

After all, we frequently get sidetracked, whether by the Supreme Court challenges, the health exchange computer meltdowns or the critical potshots from political opponents, including the latest congressional attempt to repeal health reform, which is all but certain to meet a swift end at 1600 Pennsylvania Ave.

So it was a welcome relief this week to be jerked back to the main story, and objective, of the Affordable Care Act, which is to extend health insurance to the millions of Americans who could not otherwise afford it.

Put in headline form, Tuesday’s results of the National Health Interview Survey from the Centers for Disease Control and Prevention would read: “Obamacare: It’s Working.”

According to the CDC, the number of Americans under age 65 who struggled to pay their medical bills has declined for a 4th straight year, freeing a total of 12 million Americans from medical indebtedness since 2011. Most Americans over 65 are covered by Medicare.

Back in 2011, more than 56 million Americans struggled with medical bills, or roughly 20% of the sub-65 population. But by the first 6 months of this year, that number had dropped to 44.5 million, or 16.5% of under-65 Americans. Statistically, that’s huge, especially in 4 years.

Most of that improvement occurred during the past 2 years, which coincides with the launch of the Obamacare health exchanges and the tax subsidies that make health insurance more affordable for lower-income Americans.

Not surprisingly, lower-income Americans have benefited most from Obamacare. The share of their ranks who struggle with medical bills has declined from 32.1% to 24.5% since 2011.

By contrast, middle-class Americans, who typically have private health insurance and don’t income-qualify for subsidy help with their premiums, have benefited far less from Obamacare, with just 15% of those households beset with medical bills. But in fairness, the middle class had fewer problems paying their medical bills to begin with.

While it may be tempting to view Obamacare as its opponents would paint it — a handout to the poor at the expense of the middle class — its many other reforms, including no-cost preventive care, mandatory pre- and post-maternity coverage and an end to health underwriting based on gender and pre-existing conditions — surely benefit everyone.

Perhaps in the coming year, we’ll spend a bit more time appreciating, and a bit less time denigrating, America’s most significant health reform in a generation.