Does cheaper gas make you crash? 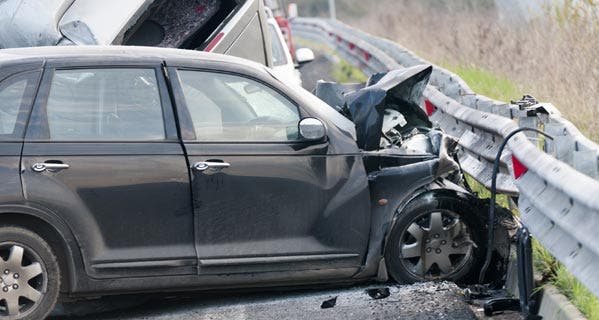 You may think shelling out less money at the pump is an overall good thing. Not exactly, says one sociologist.

There appears to be a link between lower gas prices and more collisions, according to a study led by Guangqing Chi, a sociology professor at South Dakota State University.

A team of researches collected and analyzed monthly crash data from several sources, including the Minnesota Office of Traffic Safety, from which it pulled stats for 1998-2007. They found that in the North Star State, a price drop of $2 per gallon resulted in 150 more fatal crashes, 5,000 more injury-causing crashes and another 35,000 accidents with property damage.

“It takes time for people to adjust their driving,” Chi says in a statement. In an interview with NPR, he said he began his research when he noticed that he himself tended to drive less when gas prices were high, and vice versa.

The spike in the number of collisions takes about nine months to happen, but the reaction to cheaper gas prices varies based on a driver’s age. Motorists in the 25- to 34-year old crowd aren’t fazed by a gas price drop, he says, because they are establishing careers and starting families.

Teen drivers (aged 16-19), however, react more quickly to the drop in gas prices.

“If gas drops 40 cents today, you will see the number of crashes for these drivers go up within a week,” Chi says.

The study also found that lower gas prices have more of an effect on accidents in rural areas than in urban areas.

The number of fatal crashes nationwide dropped 3.1 percent from 2012 to 2013, according to the latest available data from the National Highway Traffic Safety Administration. There has been a 25 percent decrease in highway fatalities over the past decade.

What’s causing the drop in death rates? It could be related to improvements in vehicle design. The likelihood of death after a collision in a late-model car fell by more than a third over the last three years, according to the Insurance Institute for Highway Safety.

Here are five of the biggest car insurance myths you should ignore.