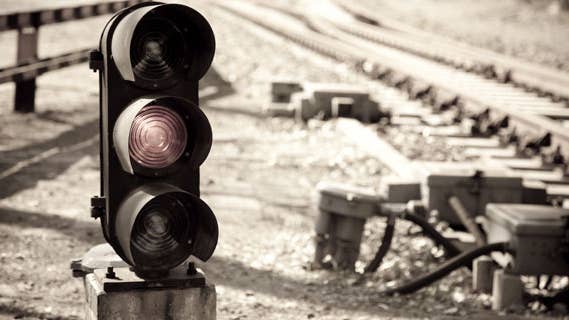 If the Federal Reserve were a train running down the tracks, the latest data and speeches coming from the central bank and its officials are suggesting the next stop is an interest rate hike in mid-December.

In a speech Wednesday before the Economic Club of Washington, Federal Reserve Board  Chair Janet Yellen said U.S. growth has increased “at a moderate pace,” with gross domestic product, or GDP, expanding at an annual rate of 2.25% during the 1st 3 quarters of this year. She said that’s close to the average pace of the past 5 years.

She reminded her audience that members of the policymaking Federal Open Market Committee previously indicated that it would be “appropriate” for the Fed to raise the target range for the federal funds rate by the end of this year.

Shortly after Yellen spoke, her remarks were reinforced when the Fed released a Beige Book economic survey in advance of the upcoming FOMC meeting. It said economic activity has proceeded at a “modest pace” since the previous report.

“Yellen and her colleagues at the Fed have been taking a ‘dual track’ since the September FOMC meeting,” says John Canally, chief economist at LPL Financial. “We will hike rates in December unless the economy or financial markets go off the rails, but also that once we begin to raise rates, the path will be slower than we have said in the past. Yellen stuck to this script (Wednesday).”

There’s 1 key hurdle yet to come before the Fed makes its decision. That’s the November jobs report due Friday from the Labor Department. Generally, it’s expected to show that about 190,000 jobs were added to payrolls last month, coming on the heels of a stronger-than-expected gain of 271,000 jobs in October. The unemployment rate stands at 5%, down sharply from the recession high of 10%.

Payrolls processor ADP says its own survey found that 217,000 jobs were added in November. If the November jobs report is largely as expected or better, the Fed should see its way clear to pull the rate-raising lever.

Within the Beige Book, there were scattered indications that the job market is tightening. “The Atlanta, Kansas City and Dallas Districts reported a slight pickup in hiring, while the remaining Districts characterized their increase as modest to moderate,” the report noted. Is that translating to substantial pay raises? “Most Districts said that wage pressures increased only for skilled occupations and for workers that were in short supply,” the report said.

A large majority of the economists who participated in the new Bankrate Economic Indicator survey said they believe the Fed will lift interest rates this month.

As if to underscore the likelihood of a December rate boost, Yellen told the economic group about the risks associated with waiting too long. “We would likely end up having to tighten policy relatively abruptly to keep the economy from significantly overshooting both of our goals,” she explained. “(That) would risk disrupting financial markets and perhaps even inadvertently push the economy into recession.”

By shining the spotlight on the risks of waiting, Yellen appears to be, in effect, telling the world that it should be ready for a rate hike sooner rather than later.