Fed too spooked to hike rates 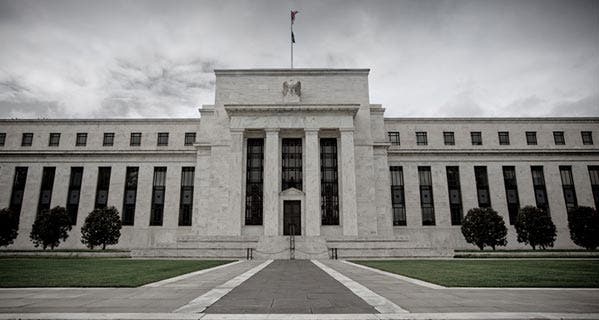 Policymakers at the Federal Reserve have declined to raise interest rates yet again, to no one’s great surprise. Barring a massive showing of economic strength, October was never really seen as an option for policy change. Instead, this month’s meeting served as a place-setter for the final rate showdown of 2015, coming in December.

In a somewhat unusual move, Fed policymakers on the Federal Open Market Committee, or FOMC, released their usual carefully worded statement but this time spelled out what would need to happen for a rate hike to come at the December meeting.

Fed’s eyes are on jobs, China and the dollar

No rate hike means that the benchmark federal funds rate remains targeted at a record-low level between 0 and 25 basis points, or 0%-0.25%. Ultralow interest rates from the Fed keep a tight lid on CD and savings account rates while also pushing down the cost of consumer borrowing.

Interest rates have idled near 0 since December 2008, and the Fed would like to break the seal on a rate hike this year. That is, if the economic data cooperate.

“In determining whether it will be appropriate to raise the target range at its next meeting, the Committee will assess progress — both realized and expected — toward its objectives of maximum employment and 2 percent inflation,” policymakers say in the statement released following the meeting.

“The Committee continues to see the risks to the outlook for economic activity and the labor market as nearly balanced but is monitoring global economic and financial developments,” the statement says.

Murkiness in the economic picture

The fact is that the economic numbers are somewhat open to interpretation. For instance, the last employment report was considered a setback.

“Recent job growth numbers in the U.S. have been weaker than expected. The unemployment rate has fallen over recent years, but much of that rate decline is due to discouraged workers, those no longer looking for work,” says Robert R. Johnson, president and CEO of The American College of Financial Services in Bryn Mawr, Pennsylvania.

The central bank didn’t seem to like the look of the recent jobs report either. “The pace of job gains slowed and the unemployment rate held steady,” the statement notes.

But the jobs market may not be down for the count.

“The numbers that came out in September were disappointing, but the report dealt with job numbers for September and August. The jobs report is notoriously unreliable in the summer, and other job market indicators show no evidence of softening,” says Bernard Baumohl, chief global economist at The Economic Outlook Group.

Inflation, the second pillar of the Federal Reserve’s mandate, has been increasing only slightly. An inflation reading closely watched by the Fed was up 1.3% year over year in August, a long way from the Fed’s 2% goal. September’s reading comes out at the end of this week.

So how about a December rate hike?

Federal funds rate futures offer an indication of when market participants believe the central bank will raise interest rates. The probability of a rate hike in December was only around 30% going into this week’s meeting but jumped to close to 50% following the Fed’s announcement, according to the CME Group. The futures market says the likelihood of a rate increase next year is much higher.

But Baumohl insists: “The odds are still high that the Fed will finally begin to lift rates before the year is out.”

Johnson isn’t convinced. “I don’t believe that the Fed is in a position to raise rates in the near term and that the likely scenario is that they will not move on rates until March or April of 2016,” he says.

Federal Reserve Board Chair Janet Yellen will testify before Congress on Dec. 3. Her testimony could clarify the central bank’s view of the economy at that point. The final meeting of the year will wrap up on Dec. 16, and Yellen is scheduled to hold a news conference afterward.