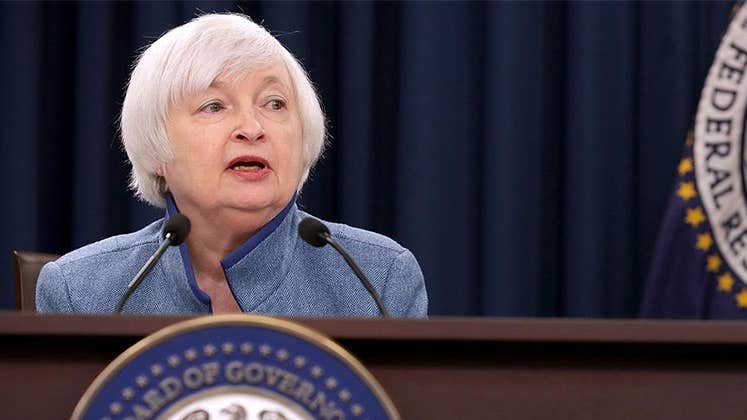 Newly-released minutes from the Federal Reserve’s December meeting — when officials raised interest rates for the first time in a year — demonstrate how dramatically the economic landscape and outlook have changed in the wake of Donald Trump’s election as president.

One possibility floated by Fed policymakers: a faster pace of interest rate increases. Given the nation’s falling jobless rate, many members of the Fed’s Federal Open Market Committee thought they “might need to raise the federal funds rate more quickly than currently anticipated to limit the degree of undershooting (of unemployment) and stem a potential buildup of inflationary pressures,” the minutes say.

At the Dec. 13-14 meeting, the Federal Reserve boosted the benchmark rate by one-quarter of a point, to a range of between one-half and three-quarters of 1 percent.

As the nation’s central bankers made the decision last month to hike rates, they also forecast, but did not commit to, three more such rate increases this year. Because Trump has made jobs creation through tax reform and through increased spending on roads, bridges and highways focal points of his first term, Fed officials discussed the possibility of stronger growth ahead.

“Almost all (FOMC members) also indicated that the upside risks to their forecasts for economic growth had increased as a result of prospects for more expansionary fiscal policies in coming years,” the minutes say.

“A portion of the committee was convinced that fiscal stimulus is coming in 2017 and baked that into their forecasts. But the overall tone was one of caution, as the committee will wait and see how legislation unfolds,” Long says, while nothing that “the Fed could begin to draw down the size of its balance sheet if inflationary pressures build too quickly.”

The nation’s central bankers also saw some possible negatives clouding the economic outlook. Those include the strength of the dollar, “financial vulnerabilities in some foreign economies” and the still-low level of the benchmark federal funds rate (which doesn’t give officials much room to maneuver if a crisis or downturn were to develop). At the same time, several members of the policy-making body said a further rise in the value of the dollar “might continue to hold down inflation.”

At her news conference following last month’s meeting, Federal Reserve Board Chair Janet Yellen sought to portray the outlook as clouded by uncertainty. She indicated that she was waiting to see wait to see what policies are put into place by the new president and see how they impact the economy.

Yellen told reporters, “I wouldn’t want to speculate until I were more certain of the details and how they would affect the likely course of the economy.”

Along those lines, the meeting minutes indicate that Yellen’s colleagues viewed the changing landscape as posing a challenge to their mission of telegraphing future Fed moves. “Many participants emphasized that the greater uncertainty about these policies made it more challenging to communicate to the public about the likely path of the federal funds rate,” the minutes say.

The next meeting of the FOMC is scheduled for Jan. 31 and Feb. 1. Unlike the December meeting, Yellen is not scheduled to hold a news conference afterward.