Fed raises interest rates, including yours 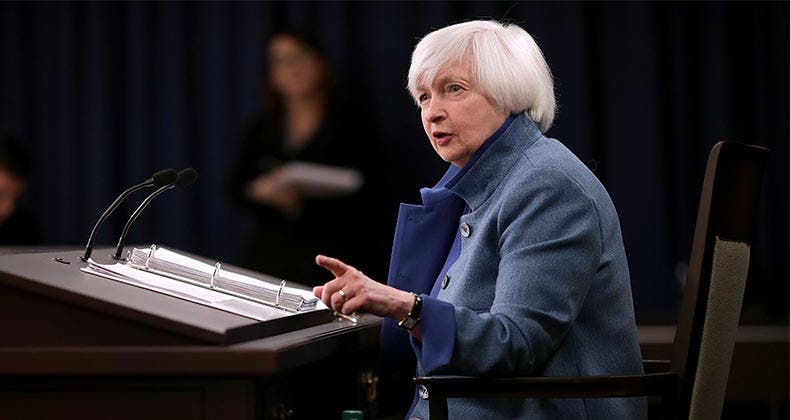 The Federal Reserve has made its much anticipated and expected move, increasing a key short-term interest rate by a quarter of a percentage point on Wednesday. The hike was the first for the Federal Reserve since last December, and many economists believe it won’t take that long for another increase.

In a unanimous decision, the central bank’s monetary policy arm raised the federal funds rate to a target range between 0.5 percent and 0.75 percent. The increase means that the prime rate also will rise, from 3.5 percent to 3.75 percent. Variable-rate credit cards and home equity lines of credit will rise a quarter of a percentage point because they are tied to the prime rate.

Only the 1st of several increases?

“Our decision to raise rates should certainly be understood as a reflection of the confidence that we have in the progress that the economy has made and our judgment that that progress will continue,” Federal Reserve Board Chair Janet Yellen said during a news conference following the central bank’s announcement. “It is a vote of confidence in the economy.”

In the six weeks since the last Fed meeting, the unemployment rate has gone down and wages appear to have gone up. “The Committee expects that, with gradual adjustments in the stance of monetary policy, economic activity will expand at a moderate pace and labor market conditions will strengthen somewhat further,” Fed policymakers said in a statement.

Projections accompanying the Fed’s announcement suggest that members of the policy panel expect three more increases in the federal funds rate during 2017. But note that last December’s first rate hike since 2006 came with projections that there would be four more this year. Wednesday’s was the only one.

Yellen says the economic outlook remains "highly uncertain" and "far too early" to predict how fiscal policy will unfold.

The federal funds rate is what banks charge one another for overnight loans to meet reserve requirements. It had been in a range of 0.25 percent and 0.5 percent for a year.

The move will affect people directly and indirectly:

Still, the hike is not likely to have a big impact on most consumers.

“This single quarter-point move in interest rates will go largely unnoticed at the household level, but coupled with last year’s hike, the cumulative effect could mount quickly if the Fed quickens the pace of rate hikes in 2017,” says Greg McBride, CFA, Bankrate’s chief financial analyst.

The question of what Republicans will do

This increase was past due, says Joel Naroff, president of Naroff Economic Advisors.

“Let’s hope they move a lot more aggressively in the next year,” Naroff says.

He believes the Fed should raise rates three or four times in 2017. That’s especially the case “if Keynes gets resurrected and is alive and well in Washington, D.C.”

That’s an economist’s witty way of saying that Republicans might embrace budget deficits and heavy spending on infrastructure now that the party will control the White House as well as Congress. The Republicans resisted that type of economic stimulus during Barack Obama’s term, but they have signaled that stimulus spending will be OK as long as a Republican president can take credit for it.

Naroff’s main point, though, is that the Fed needs to raise the federal funds rate to around 3 or 3.5 percent before the next recession, so it will be able to cut rates to stimulate the economy when that next recession strikes.

The Fed, jobs and wages

Michael Madowitz, economist for the Center for American Progress, says this increase “will have a small effect on jobs and a more palpable effect on wages.”

Madowitz adds: “One rate hike may take some pressure out of the labor market, and many hikes certainly will reduce wage pressures, so if we see a series of rate hikes in 2017 that’s likely to push down wage growth for workers.”

“My guess is, going forward, you’ll see the Fed overshooting its inflation target as much as it undershoots it,” he says.

During her news conference, Yellen was asked whether the Fed officials discussed possible policy changes under Trump. “I would simply summarize by saying that all the (Fed policymakers) recognize that there is considerable uncertainty about how economic policies will change and how that will affect the economy.” She also noted that “we’re operating under a cloud of uncertainty at a moment,” and that allows the Fed to take a wait-and-see approach.