Fed detects no downdraft in US 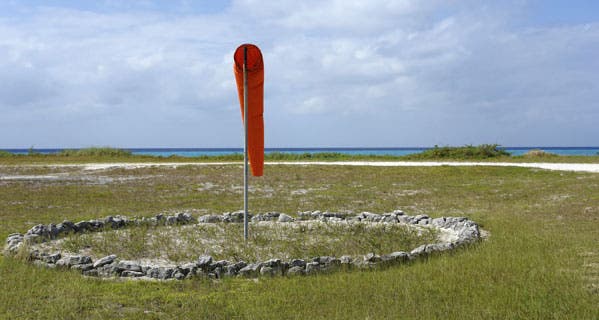 As markets and economic storms churned in waves emanating from China last month, the U.S. was a virtual sea of tranquility, based on the latest reading of the Federal Reserve’s Beige Book. The survey, prepared for the central bank’s nail-biter of a policy-setting session set for later this month, shows that the economy was expanding at the all-too-familiar modest or moderate pace through late August.

“If markets were looking for significant spillover from China or significant deterioration in the U.S. economy in the latest Beige Book, it’s not there,” says John Canally, chief economist with LPL Financial.

With more key economic data still to come before the meeting of the Federal Open Market Committee (FOMC) Sept. 16-17, the report does little to settle the ferocious debate about whether the Fed should raise rates for the first time since 2006.

About the job market, which the Fed keeps in keen focus, the economic roundup says, “Most districts reported slight or modest growth in employment since the previous Beige Book.” And, in good news for business but not-so-good news for workers, “Wages were relatively stable in most districts, with slight to moderate increases since the last report.”

The report does note that a strengthening job market sparked reports of “increased wage pressures” in several districts. If that trend continues or accelerates, it might flash a warning light at the Fed.

“The Beige Book did show some uptick in wages, shortages, etc., that may get the Fed’s attention soon,” says LPL’s Canally.

In a hopeful sign for young workers, the report says starting salaries have been on the rise in the New York district. Cleveland saw rising pay in construction, retail and transportation, and San Francisco region employees in the information technology, information security and construction sectors were seeing pay hikes.

While those sorts of reports may be more commonplace than in past Beige Books, the Fed’s assessment that overall wages were stable suggests there has not been a broad trend of pay hikes.

Energy and manufacturing under scrutiny

An area seen at some risk from faltering economies abroad is U.S. manufacturing. The rising strength of the dollar relative to foreign currencies has caused an affordability issue for U.S.-made goods just at the time overseas economies are struggling. But the Beige Book shows few signs of stress in the broader manufacturing sector.

Some 10 of the dozen Fed regions told of positive or stable growth, while New York and Kansas City registered declines in the factory sector. Bright spots were the auto and construction-related industries. Falling energy prices are taking a toll, including in manufacturing. The energy sector was said to be “flat or down” across the nation. Energy firms were shedding jobs around the Dallas and Atlanta regions, while coal production was off in the Richmond and St. Louis Fed districts.

September’s tone has yet to take shape

Given the rapid shifts in markets and the global economy in general, FOMC members still have key data to digest before making their momentous decision later this month. Among scheduled reports, the August employment reading due Friday is most important. If financial markets are still unhinged between now and then, the likelihood of a rate increase diminishes.

In our flash survey taken earlier this week, only 10 of 24 private economists said that the Fed would raise rates this month. Still in the September camp is Ryan Sweet, director of Moody’s Analytics. “It’s a close call, and the incoming economic data, particularly the August employment report, and developments in financial and international markets will determine if the Fed raises rates in September,” he says.

In the January 2016 camp is Dean Baker, co-director of the Center for Economic and Policy Research. “There is no rationale for raising rates now, and with the recent turbulence in financial markets, the Fed would be taking a big risk for nothing,” he says.

Even those who differ on the exact timing are in agreement that the Fed will raise rates cautiously when it does finally begin.

The flash survey indicates that the share of economists looking for a rate hike this month has dropped from when we put the question to the experts in early to mid-August. Put a helmet and shoulder pads on, because the question of a rate hike appears to be going into overtime.