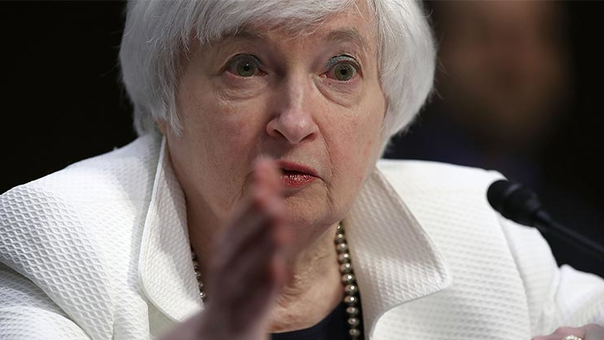 Federal Reserve Chair Janet Yellen returns to the most-watched economic confab of the year — the symposium in Jackson Hole, Wyoming — after missing last year’s meeting, and all ears will be listening for any hint of changes in monetary policy for the rest of the year.

The topic of the Aug. 25-27 conference is “Designing Resilient Monetary Policy Frameworks for the Future” — a stuffy topic even for an economist. Make no mistake, the speech by the Fed chair is the highlight of the event.

For context, the Federal Open Market Committee meeting minutes come out Aug. 17 — the week before the conference, and the FOMC’s next meeting to decide on interest rates will be Sept. 20-21, almost a month after the Jackson Hole summit.

Followed around the world

The Kansas City Fed branch organizes the symposium every year, and it is closely watched by economists and investors around the world. It was moved to Wyoming in 1982 to lure then-Fed Chairman Paul Volcker, an avid fly fisherman.

Ben Bernanke used the symposium to pledge his support for additional stimulus in 2010 as the economy sagged in its recovery from the Great Recession. Before that, a young economist called out Alan Greenspan’s policy for increased risk in the banking system in a prescient paper.

“There is roughly a month between the conference and the FOMC meeting, which is an eternity for the Fed, as a lot can happen,” Sweet says.

Yellen may talk about jobs, with the last two jobs reports showing major differences with the May numbers. The economy added 255,000 jobs in July, compared to revised figures for June — 292,000 — and for May — 24,000.

Yellen also may be thinking about the employment cost index as well. The index is a quarterly economic analysis detailing the changes in the costs of labor for businesses in the U.S. economy.

“The Fed is likely more sensitive to developments in the job market than GDP and the second employment cost index showed an acceleration in private wages,” Sweet says.

More likely, Yellen may hint at the limits of current monetary policy and imply a need for more fiscal stimulus to get the economy moving at a healthier growth rate.

“With recent economic data suggesting the U.S. economy is in decent, but not great, shape, I expect Yellen to continue to express confidence that current Fed policy should allow the economy to continue to progress,” MacEachin says.

Economists behind the scenes

“Interest rates are already near 0%, or even negative, so the standard remedy of lowering interest rates is effectively eliminated from the arsenal,” MacEachin says. “(Symposium) participants may be careful not to show any sense of panic to the media, but that doesn’t mean they’re not profoundly frightened of this prospect becoming reality.”