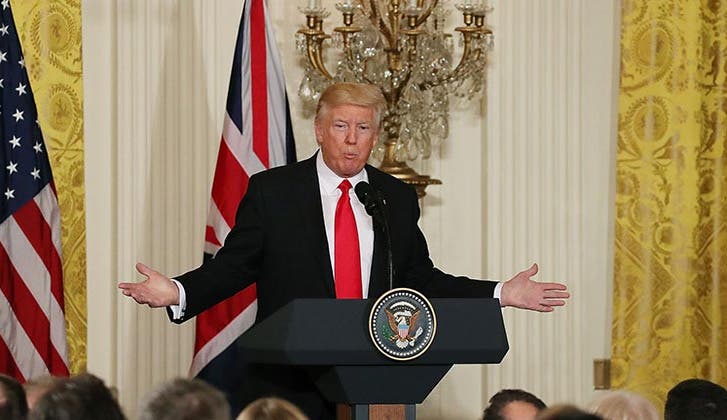 If you’re confused about the steps the Trump administration has taken to change the nation’s health care system, you’re not alone. A prominent Republican senator shares your bafflement.

President Trump, in one of his first actions after he took office, signed an executive order that directed agencies to waive and delay Affordable Care Act fees and regulations “to the maximum extent permitted by law.”

What does that mean? Sen. Susan Collins (R-Maine) is unsure.

Sen. Collins, on ACA order: "I think that the executive order is very confusing and we really don’t know yet what the impact will be."

The executive order may not do much practically, but rather is an acknowledgement Trump plans to fulfill his campaign promise, says Larry Levitt, senior vice president for special initiatives at the Kaiser Family Foundation.

“The executive order does not have any immediate effect on the ACA or grant any new powers to federal agencies,” Levitt said during a web briefing with journalists, “but it could signal the direction that the new administration intends to take with respect to the ACA.”

Here are three things that could happen with Obamacare and with health care in general.

1. The president and Congress could do nothing.

This is … unlikely. Republicans have been itching to dismantle the ACA since it was enacted, and Trump campaigned on repealing Obamacare and replacing it with a less expensive alternative.

Further, the government cancelled about $5 million in advertising encouraging people to sign up for Obamacare that was scheduled to run in the days before the Jan. 31 deadline to buy 2017 health plans.

2. Trump and lawmakers could repeal Obamacare without replacing it.

This would be politically dangerous, especially given that Trump himself has said he wants an ACA alternative that provides “insurance for everybody” with “much lower deductibles.” Other administration officials and even some GOP lawmakers have echoed this promise.

But most Republicans have not committed to this standard, including Trump’s pick to lead the Department of Health and Human Services, Rep. Tom Price (R-Georgia).

Repealing Obamacare without putting something in its place – a move that has little public support – would put millions of people at risk of losing health insurance altogether, including consumers who currently qualify for Medicaid coverage.

In a new report, the Congressional Budget Office says 18 million people would lose insurance in the first year after repeal, with the number of newly uninsured climbing to 32 million in 2026. The report is based on a 2015 House resolution that would have eliminated subsidies and the mandate forcing all Americans to buy insurance, while leaving other reforms in place.

However, a full repeal would have broader implications for everyone, including people with employer-provided health care. Among other things, it would eliminate:

Consumers with pre-existing medical conditions could find themselves unable to find coverage, as well.

CARD SEARCH: Interest rates are on the rise. Get a low-interest credit card today.

3. Congress and the president could repeal all or parts of Obamacare and replace it.

This murky outcome appears to be the one Republicans are most likely to attempt, but what this will look like is anybody’s guess.

There are close to half a dozen proposals floating around Congress. None of them achieve the president’s stated goal of providing “better health care for more people at a lesser cost.”

No Republican plans we have at this point do this. No Democratic plans either! Health policy is all about trade offs. https://t.co/R5qr4WkjfR

GOP leaders had toyed with the idea of repealing President Obama’s signature piece of legislation and waiting to enact a new law until a solid plan comes together, but a number of Republican lawmakers balked at the “repeal-and-delay” strategy.

Here are the major replacements that have been officially unveiled:

The plan has received a negative reaction from both sides of the aisle.

But the plan would eliminate “tax credits to make insurance more affordable, and the health law’s mandated benefits (which include things like mental health services and maternity care) would be rolled back as well,” journalist Sarah Kliff wrote. “After a two-year transition period, the health care law provision that requires insurers to sell to all people, regardless of health status, would disappear. This means insurers could, in some circumstances, charge sicker people higher rates.”

If consensus legislation eventually emerges, it won’t be easy to push through Congress. Any replacement likely will need 60 votes in the Senate to pass, meaning every Republican and at least eight Senate Democrats will need to vote yes.