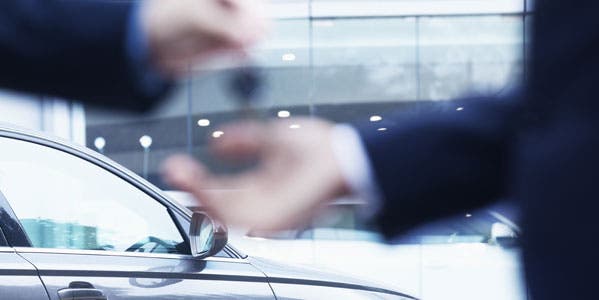 Some sophisticated crime rings are using identity theft to get their hands on new cars.

The National Insurance Crime Bureau recently reported on a new scheme where thieves use stolen IDs to obtain leases or to purchase a new car. Once they drive the car off the dealer’s lot, they switch the vehicle identification number, or VIN, and sell the car to an unsuspecting buyer, without ever making a single payment.

This type of crime is growing because technology in cars makes it harder to steal them, the NICB says. Because these cases are technically financial fraud, they are not counted as auto thefts, which may be a partial reason that car theft crime statistics have been declining.

The NICB works with local law enforcement on these types of crimes. In one recent case in Brown Deer, Wisconsin, they uncovered an identity theft ring in Detroit that fraudulently leased five cars worth more than $300,000, which the thieves planned to sell. Other items recovered during the investigation included five fake Michigan driver’s licenses, personal identifying information on several of the identity-theft victims and more than $20,000 in merchandise that was purchased fraudulently.

“Most of these thefts don’t show up in traditional crime reporting numbers and become financial losses for lenders, car rental companies and others. The result is millions of dollars are added to the cost of doing business which is ultimately passed on to consumers,” said Joe Wehrle, NICB president and CEO.