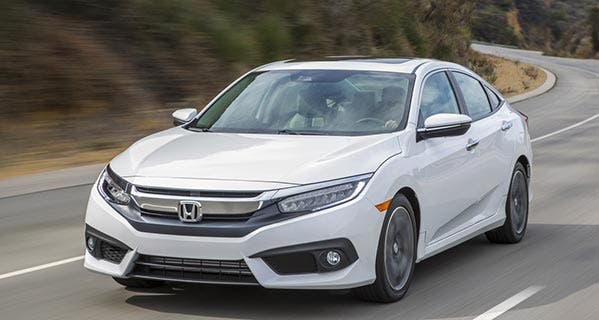 The Honda Civic has been named the 2016 North American Car of the Year. The prestigious award is given each year by an independent group of 53 automotive journalists from the U.S. and Canada.

3 finalists in the contest

Designed to recognize the most outstanding new car of the year, the award covers innovation, comfort, design, safety, handling, driver satisfaction and value for the dollar. This year the finalists for the North American Car of the Year were the Chevrolet Malibu and the Mazda MX-5 Miata in addition to the Civic. The Honda Civic won with 203 points, followed by the Chevrolet Malibu at 181 and the Mazda MX-5 Miata with 146.

The 2016 Honda Civic features a redesigned exterior and a more spacious, higher-quality interior. The new model has a long list of new, available premium features, including the 1st application of Apple CarPlay and Android Auto in a compact car sold worldwide.

2nd win for the Civic

“The all-new Civic was developed and is built in North America, making this North American Car of the Year win even sweeter,” said Jeff Conrad, Honda Division senior vice president and general manager.

In the 23-year history of the award, domestic automakers have won 12 times and foreign nameplates have won 11 times. This year was the 2nd time that Honda has won the award for the Civic. It also received the award in 2006, when it shared the stage with the Honda Ridgeline, the winner of that year’s North American Truck of the Year Award.