You might think knowing when to turn on your car headlights is simply a matter of common sense, but U.S. laws for headlight use actually vary widely from state to state. With the expanded availability of its Smart Auto Headlights (which respond to weather conditions), Nissan analyzed the headlight regulations throughout the U.S. and created a handy infographic showing when drivers are required by law to turn on their headlights.

A handful of states, however, have more specific laws for headlight use that could catch an out-of-town driver (or a resident not up on current laws) completely off-guard. The most common requirement is to use headlights when wipers are in use. More obscure requirements include Pennsylvania, which requires drivers to turn on their headlights in construction zones, while Alaska requires headlights at speeds above 45 mph on designated highways.

Because keeping track of state laws can be difficult, owning a car with automatic headlights (which turn on when it’s dark) as well as daytime running lights (which use a low beam headlight during the day) can be handy. 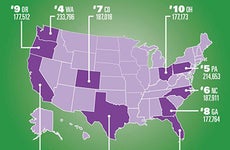 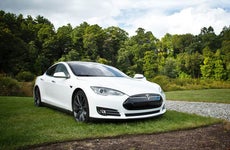 Why buy your tires at Costco?