You won’t need a card to access these ATMs 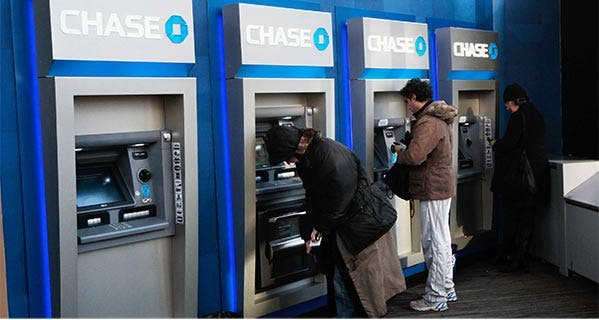 Later this year, Chase will debut a new type of ATM that will, among other things, allow users to access their cash without an ATM card. Instead, users will be able to enter a security code obtained through their mobile banking app to withdraw cash and perform other ATM functions.

Besides convenience, being able to go cardless at the ATM would appear to have another advantage: There will be no opportunity for criminals to grab your checking account details with a skimming device.

The upgraded machines will eventually allow customers to:

While Chase customers may be happy about the upgrades, Chase tellers may not be.

Already, the bank’s ATMs can perform about 60% of the transaction types a human teller can, according to Chase, and that number is likely to grow.

It’s easy to understand why Chase is looking to serve more customers through ATMs and mobile apps. According to a 2015 New York Post report, it costs the bank 65 cents to take a deposit through a teller, but only 8 cents through an ATM and 3 cents through a mobile app.

Those types of economics are hard to ignore. An analysis of FDIC data shows that between 2014 and 2015, the number of Chase branches nationwide fell by 134. And last year, the company made plans to lay off 5,000 workers, many of them tellers, according to a Wall Street Journal report.

Still, customers may not be ready to give human customer service up. Just last month, a Bankrate national poll found that 45% of Americans had visited a bank branch within the last 30 days.

What do you think? Are you ready to give up human tellers?