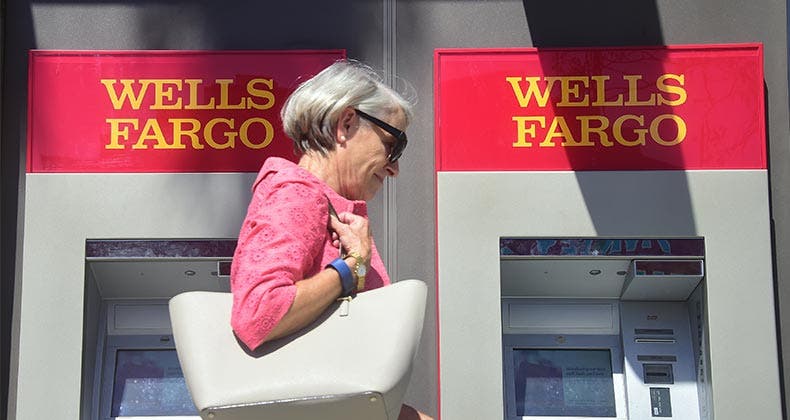 Wells Fargo is upgrading all of its 13,000 ATMs to enable customers to use a smartphone instead of a debit card to withdraw money from their checking or savings account.

Beginning next week, customers can use their Wells Fargo app to get a unique eight-digit code to enter at the ATM, along with their PIN. Wells Fargo ATMs still will accept bank cards.

While banks like JPMorgan Chase and Bank of America have made similar upgrades to some machines, Wells Fargo is the first big bank to adopt the technology at all of its ATMs.

“Whether a customer happens to have a card on them or not, (the upgrade) provides another simple and secure way to withdraw cash at any of our ATMs,” Adam Vancini, head of virtual channel operations at Wells Fargo, said this week during an employee town hall.

Eliminating bank cards can improve the customer experience in a number of ways. First, it speeds the process of withdrawing cash, down from a minute to as little as 15 seconds, an executive from Chicago bank BMO Harris told Bankrate after it upgraded its ATMs two years ago. Second, ditching a debit card in favor of a smartphone may be safer.

While thieves can use skimmers attached to ATMs that steal card information or cameras that record users entering their PIN, mobile technology is harder to crack. To get access to your info through the app, a thief would need both the phone itself and the password to your bank app. Not to mention that the app stores no personal information (like card numbers), anyway.

This upgrade is the first of several changes to Wells Fargo ATMs, according to the Associated Press:

“One limitation of the eight-digit code, though, is that it won’t work at secure doors featured at many of the bank’s branches, which require a customer to swipe a debit card to get in. Wells Fargo said these doors aren’t so prevalent among its branches, found mostly in metropolitan areas. The bank will be rolling out another upgrade to its mobile-enabled ATMs later this year, too, with which customers could hold their phones to a reader on the machine, as opposed to using the codes.”

Bank of America recently rolled out similar technology at its ATMs, offering it in select markets like San Francisco, Charlotte, North Carolina, and New York. JPMorgan Chase offers similar technology at some of its ATMs. Of course, customers can still use their debit cards at these locations.

If this technology excites you, you may want to consider switching checking accounts.

The future of ATMs and technology

Expect this kind of technology to be rolled out at more banks, considering its ease and relative safety for the consumer. In fact, with the advent of mobile wallets, and apps like Alipay and WeChat ubiquitous in countries like China — where people leave their wallets at home altogether — expect the future of payments and banking to be both very mobile and very tech-based.

Still good with your card? See if you’re eligible for a rewards credit card.