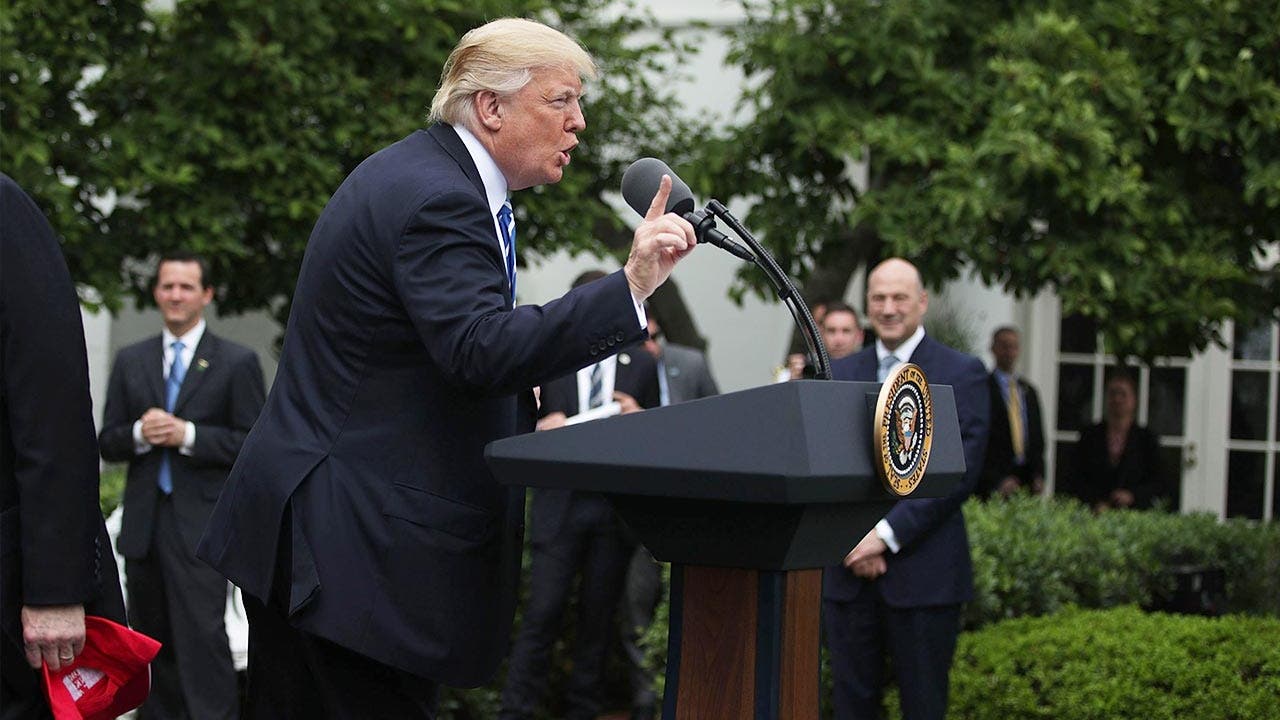 President Donald Trump may be ready to fulfill a promise he made on the campaign trail to break up the nation’s biggest banks.

In a Monday interview with Bloomberg News, Trump said that overhauling the banking system was something he may be willing to tackle. “There’s some people that want to go back to the old system, right?” Trump said. “So we’re going to look at that.”

Not a new idea

The president offered no details on what his overhaul plan might look like, but this isn’t the first time he’s shown interest in making sweeping changes to the way financial institutions operate.

As a candidate, Trump talked of reviving the decades-old Glass-Steagall Act. The federal government implemented the law after the Great Depression to draw a dividing line between investment and consumer banks. The measure was weakened over time and finally repealed in 1999, a move that has been criticized for exacerbating last decade’s financial crisis, as banks made big bets on risky investments.

Members of Trump’s cabinet, including Treasury Secretary Steven Mnuchin, have advocated for a refresh of the Glass-Steagall Act, as well.

What it would mean for consumers

A breakup of the largest Wall Street banks could lead to both higher consumer banking fees and increased loan rates as economies of scale erode. That would make shopping around for the best mortgage rates and cheapest savings accounts all the more important.

At the same time, more banks would mean more competition, which could produce higher deposit rates for consumers.

Other supporters of a bank breakup.

Others have called for the dismantling of the nation’s largest banks, including U.S. Sen. Bernie Sanders, who vowed as a presidential candidate he would eliminate banks that were “too big to fail.”

And Neel Kashkari, president of the Minneapolis Federal Reserve Bank, noted in a February 2016 speech that the Dodd-Frank Act alone couldn’t prevent the U.S. from experiencing renewed economic turmoil. He also suggested that bigger banks be broken up into smaller entities.

Trump wants to eliminate the Dodd-Frank Act altogether, claiming that it prevents banks from carrying out basic day-to-day tasks. The legislation, which President Barack Obama signed into law, created more protections for consumers and forced banks to comply with a new set of regulations in response to the financial crisis.

Not an easy feat

Of course, breaking up the country’s biggest banks would be complicated. First, Trump would need support from Congress. Getting legislators to agree on how to dismantle the banking industry could take time — and some arm-twisting.

In fact, a proposal authored by U.S. Sen. Elizabeth Warren has received a lukewarm response.

But even if Congress doesn’t move to reinstate the Glass-Steagall Act, it could try to make changes to the types of services that banks can offer.