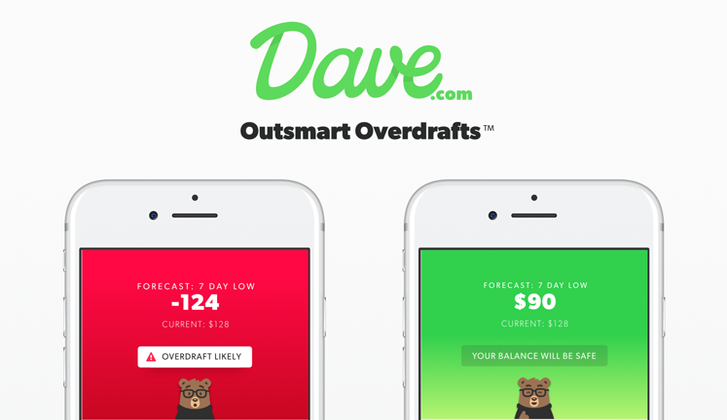 Want to put an end to costly overdraft fees? A new app could warn you when you don’t have enough cash in your checking account to cover expenses — and lend you money interest-free to prevent your balance from falling below zero.

The app, called Dave because it wants to be your money buddy, will forecast your future account balance and send you texts if you’re dangerously low on funds. And then it works to prevent an overdraft fee. The app is available in both the App Store and on Google Play.

App founder Jason Wilk, who admits he was plagued by overdraft fees as a young adult, says he was motivated to create a solution to a nationwide problem.

Americans pay as much as $17 billion in overdraft and nonsufficient funds fees every year, according to the Consumer Financial Protection Bureau, or CFPB. 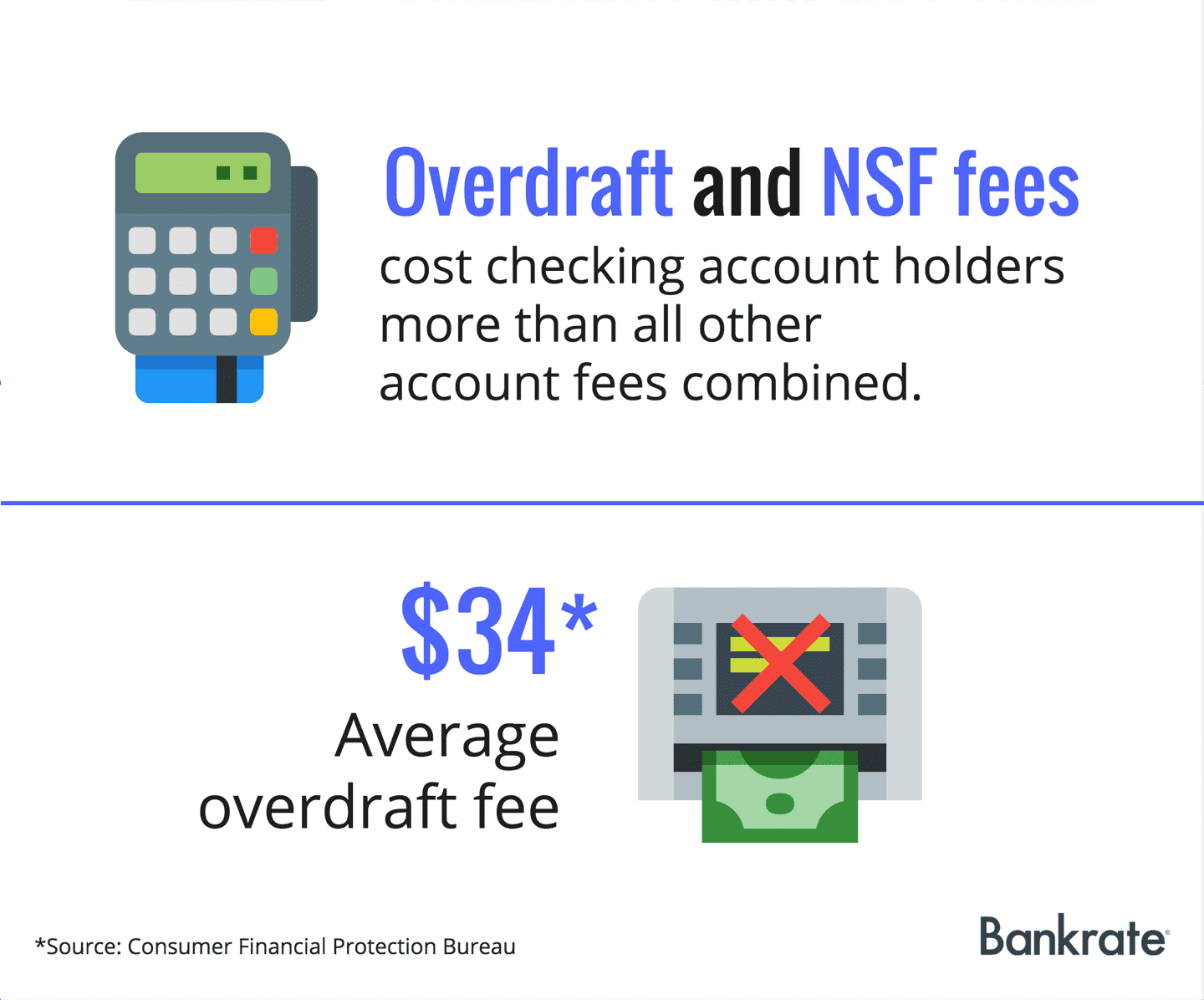 The average cost of each overdraft transaction is $34, the CFPB says. The small group of consumers who repeatedly face overdraft charges pay $380 in fees on average each year. Not all banks charge the same fee, though. If you think your bank is treating you poorly, maybe it’s time to find a new checking account.

“We pulled a big survey together, asking ourselves and our friends why they would overdraft,” Wilk says. “And, by and large, it was mostly because people weren’t aware of their upcoming expenses.”

The problem, Wilk found, was foresight. The rise of fintech apps allowed Wilk’s company to bring a solution directly to people’s phones, where their banking apps already lived.

How Dave saves you from an overdraft fee

There are several basic principles behind Dave. While budgeting apps usually show you past trends and how you’ve already spent, Dave — and its bear mascot, which either smiles or looks alarmed based on your balance — aims to forecast the balance in your checking account over the next seven days, much like how a weather app presents temperature and precipitation forecasts.

Your profile shows the lowest balance the app thinks your account will reach in the next week, and below that, three types of activity that could (or might) occur: 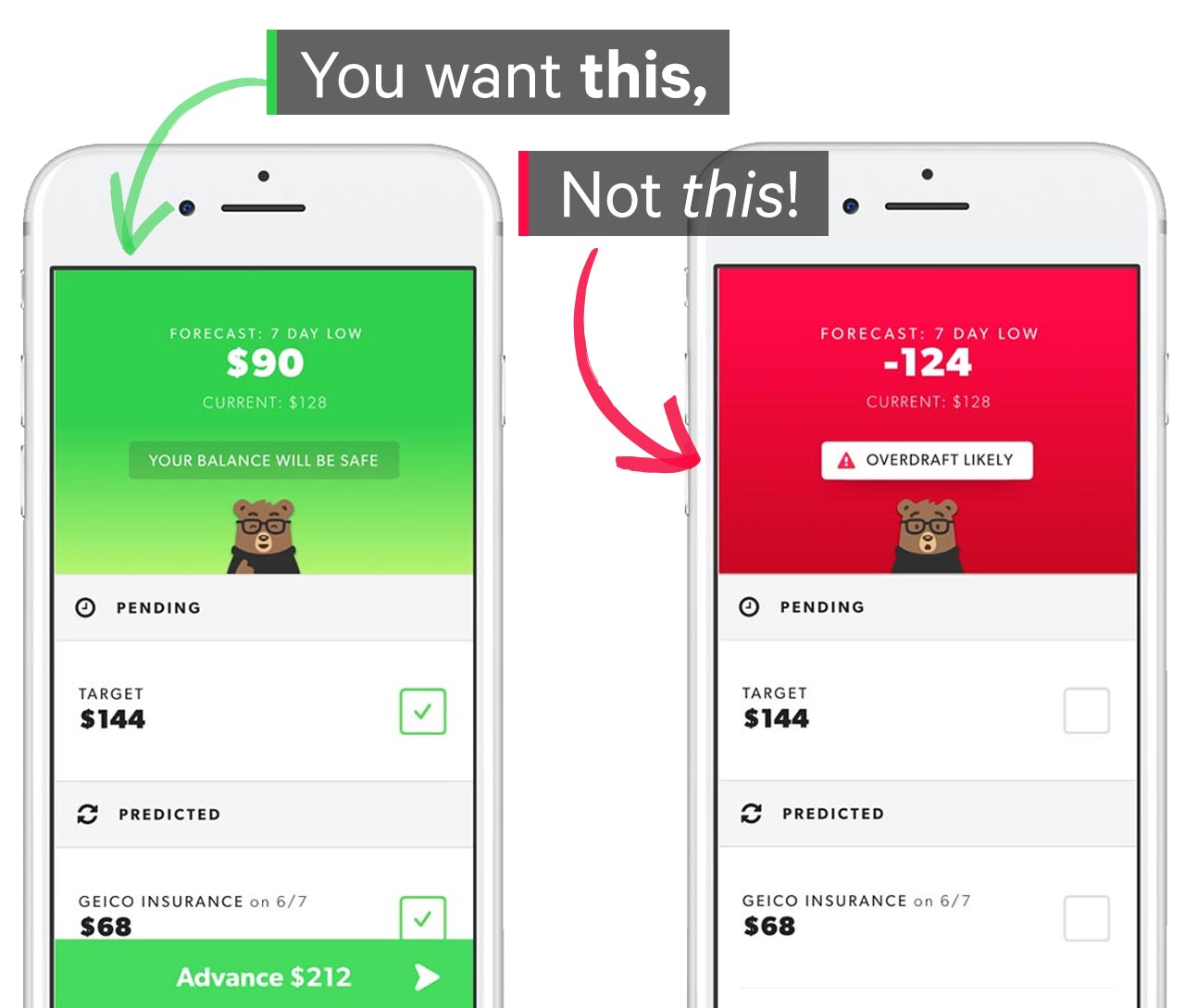 If Dave senses you won’t have enough money to cover your expenses, it goes to work.

“We figured, why don’t we just have this really great model where we will advance people the wages that they’ve earned — so sort of unlocking their wages — and they can pay us back as soon as they get paid?” Wilk says.

Dave will loan users up to $250 at a time to avoid overdraft. Users need to have at least three months of activity in their account and an income of at least $1,000 per month to qualify for an advance.

Dave will then enroll you in its automatic payment plan, texting three days in advance then taking money out of your account for repayment. (You can also pay by check but it’s discouraged, as there’s a $10 processing fee.)

Use that money you’ve just saved by not paying an overdraft fee to set up an emergency fund.

The service costs $1 per month (with the first 30 days free), and users are encouraged to make a donation after they’ve gotten an advance or, really, whenever they want. Dave also plants a tree through its partnership with trees.org for each percent of your loan you tip back to the company. If you borrow $100, for example, and tip $2, the company will donate two trees.

Wilk’s already got a handful of heavy-hitters investing regularly in his ideas, including Mark Cuban and the Kraft family, but among this app’s new investors was electronic dance music superstar and producer Diplo.

“We’d like to be, hopefully, one of those breakout companies that everyone feels enhances their banking experience,” Wilk says.