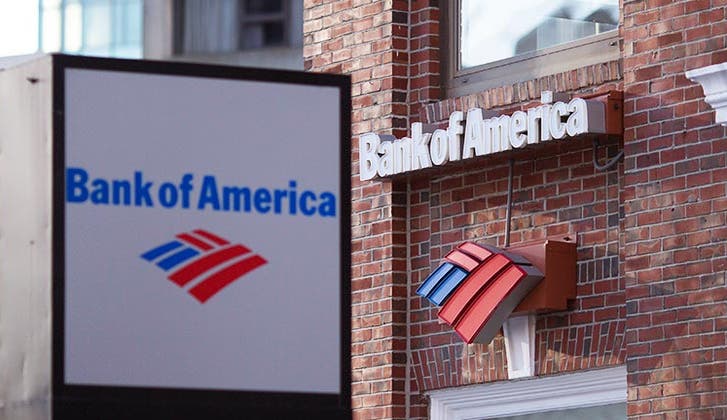 A bankruptcy judge this week ordered Bank of America to pay a $45 million fine over what he said was the bank’s “heartless” response to a California couple that fought to save their home from foreclosure.

The case involves a husband and wife who tried unsuccessfully to get Bank of America to reduce their monthly mortgage payments only to have their house later improperly foreclosed upon. It serves as a reminder about the problems some homeowners faced with their mortgage servicers, particularly during and shortly after the financial crisis.

Judge Christopher Klein rationalized the large penalty as the only way to ensure his ruling wouldn’t “be laughed off in the boardroom as petty cash or ‘chump change,'” according to the Wall Street Journal. The bulk of the money, barring an appeal, will be disbursed to consumer advocacy groups and several California law schools.

Doing what the lender told them

In 2008, Erik and Renee Sundquist were forced to close their construction business, sell their home and move to a cheaper house in a community just outside of Sacramento. The couple took out a $590,000 mortgage from a lender that was later taken over by Bank of America, the Consumerist website reported.

It’s typical for the company that services a loan to change during the life of a mortgage. That’s why it’s crucial for borrowers to keep a careful paper trail in case of any discrepancies.

But what happened next should never have occurred, the judge said.

According to court documents, Bank of America repeatedly turned down the couple’s requests to lower their monthly payments — even though the original lender had made assurances the loan could be modified. However, Bank of America said the family wasn’t eligible for a modification because they were current on their payments.

So the Sundquists stopped making payments in March 2009 — at the bank’s insistence.

“Their sole reason for defaulting, which they did with considerable reluctance (their credit score had been above 800) was acquiescence in Bank of America’s demand that they default as a precondition for loan modification discussions with Bank of America,” the judge wrote.

When they were still turned down for a loan modification after more than 20 requests, the couple filed for Chapter 13 bankruptcy in 2010, which should have halted foreclosure proceedings.

However, Bank of America continued eviction proceedings in violation of the law, and, according to the ruling, even “staked out the premises, tailed the Sundquists, knocked on doors, knocked on windows, and rang doorbells, all to the terror of the Sundquist family.”

If you believe your loan servicer is acting improperly, here’s what to do next.

“Homeowners can send a request for information, or RFI, to the servicer about why they did certain things, and the servicer has to answer these requests within 30 days,” says Geoff Walsh, an attorney with the National Consumer Law Center, a nonprofit consumer justice advocacy group.

If you see an error on your mortgage statement, he also recommends sending a written request asking the loan servicer to correct the mistake. These errors have to be either fixed or responded to within 30 days, Walsh says. (The CFPB offers instructions and a sample letter.)

“The important thing is that there are strict requirements to send these requests to the right address,” says Walsh, who says the correct address is always the one on your monthly statement and recommends using certified mail as proof of your correspondence.

And if your servicer changes, the CFPB requirements state they must notify you within 15 days.

But what if your servicer doesn’t comply with these rules, and you aren’t getting the information you want?

“Chief among everything else is persisting,” says Linda Sherry, a director of the non-profit advocacy group Consumer Action.  “It may be tiring, frustrating and annoying but you have to just keep going.”

Consumer Action has a free booklet called “How to Complain” that may help consumers who are getting the run-around from their loan servicers.

In some cases, Sherry says, it may also be necessary to hire a consumer lawyer, she says. Although there are typically fees involved with using a lawyer, there are ones who provide consultations at no charge.