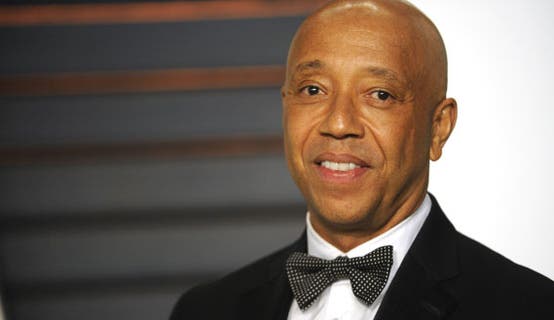 RushCard, the prepaid debit card marketed by business mogul and hip-hop pioneer Russell Simmons, is in the midst of a crisis.

Last week, the company moved its customer accounts from one card transaction processor to another, and something went wrong: Users’ card information wasn’t correctly transferred from the old company to the new one.

The situation escalated as customers saw direct deposits from their employers fail to make it into their RushCard accounts (like a checking account, many prepaid debit cards allow cardholders to have their paychecks direct deposited into their accounts). Now, many RushCard customers are dealing with what could be lasting damage to their finances.

Why RushCard customers are vulnerable

RushCard caters to customers who either don’t use banks (the “unbanked”), or who use banks in conjunction with nonbank financial services such as payday loans or check-cashing companies (the “underbanked”).

These consumers are disproportionately poor — a 2013 FDIC report found that half of households making less than $15,000 were either unbanked or underbanked, compared with 7% of American households overall.

As such, prepaid debit customers likely have little to no savings cushion, and immediately faced financial consequences from not being able to access their paychecks. We’re talking losing electricity, missing car payments or facing eviction.

Simmons has a huge social media presence, and the company has been fielding tweets and Facebook comments that range anywhere from angry to heartbreaking. The following tweets have not been edited:

@UncleRUSH @RushCard got bills do today.. but ill let GOD handle it from here. MY daughter missed her trip.. cuz i didn’t have my money.

@RushCard I’m going to get evicted because I can’t access my money!!!! Please help me. All I’m trying to do is transfer it. Please!!

@UncleRUSH @RushCard I have not yet received my direct deposit and it has been 6 days now,my daughters bday is tomorrow..please give me my $

@RushCard I’m a single parent, I work hard for my money, I live paycheck to paycheck. I need my money! I have bills, I need to buy grocery

Since the issues started last week, many have complained they couldn’t reach the company’s call centers, and even when they have, the RushCard reps on the other end of the line haven’t been able to deal with their issues.

At this point, some of those who posted complaints appear to have been helped, and the company says the vast majority of its cards are now up and running.

“At this time, our system is up and running and we are processing deposits and transactions. A small number of accounts are still in an inactive state,” said RushCard CEO Rick Savard in a statement. “We have set up command centers in NYC and Cincinnati to begin outreach to those who remain affected. RushCard employees are working around the clock to get every single customer full access to their funds.”

But at least 3 Twitter users I spoke to said they still haven’t been helped and are suffering as a result, and 1 has yet to get any response from the company.

And those who had direct deposits that didn’t go through may still have to wait to see money they desperately need, as employers and other payers get around to resending payments that failed the first time.

Simmons posted a video to Facebook to try to reassure customers, and RushCard says it has increased its website and call center capacity to handle the flood of customer complaints.

It has also put in place a “fee holiday,” waiving monthly usage and other fees starting Nov. 1 and ending Feb. 29, as a way to compensate customers for what’s happened. (RushCard’s fees are substantially higher than many competitors’.)

Still, that won’t do much for customers who have had cars repossessed or who have been evicted from their homes. The company appears to be considering taking additional steps to compensate customers.

“You will hear more from us in the coming days about how we will continue to make good on our customers’ trust,” Savard said in his statement.