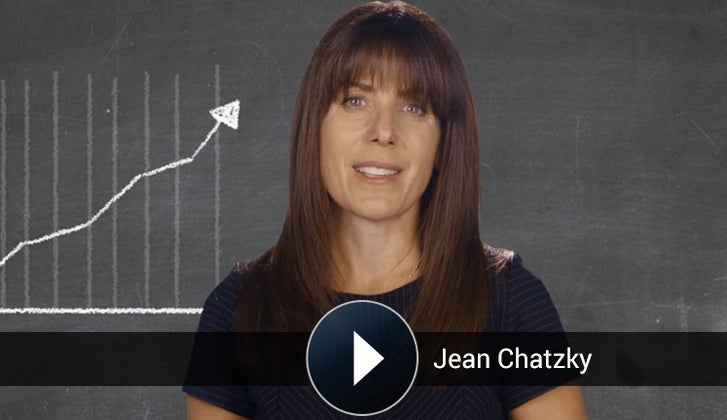 When it comes to investing, there’s one thing you can control: Fees. And yet, expenses are often overlooked by investors. That’s a big mistake. Consider Money Rule No. 64: “If you can’t figure out what an investment or financial adviser is costing you, you’re overpaying.” I’m Jean Chatzky, and this is Money Rules.

According to a piece of research from Rebalance IRA, an investment management firm, 46 percent of baby boomers believe they are paying nothing in investment fees. In reality, the average employee retirement account expense is 1.5 percent per year.

Expenses can have a huge impact on your investment returns. The difference between low and high fees can total hundreds of thousands of dollars over the course of a long time horizon. If you’re not clear on where you stand, it’s time to pull your head out of the sand.

If you have a financial adviser, make sure you’re clear on how and what he is paid — and ask him to explain your investment expenses to you, as well. If you don’t work with an adviser, you can find expense information on your account statements and an outline of most fees in your retirement plan summary document or account agreement. This is fine print worth reading.

Jean Chatzky, an award-winning journalist and bestselling author, is the financial editor for NBC’s <i>Today</i>, host of <i>Money Matters with Jean Chatzky</i> on RLTV, AARP’s Finance Ambassador, and a contributing editor for Fortune magazine. She blogs at <a href="http://www.JeanChatzky.com">JeanChatzky.com</a>. Jean is the author of eight books, including the recent <i>New York Times</i> bestseller <i>Money 911: Your Most Pressing Money Questions Answered, Your Money Emergencies Solved</i>. Her book <i>The Difference: How Anyone Can Prosper in Even the Toughest Times</i> (Crown Business), received the <i>Books for a Better Life</i> award in the Personal Finance category. She is also the author of <i>Pay It Down: From Debt to Wealth on $10 A Day</i> (<i>New York Times</i> and <i>Business Week</i> best seller) which was featured on <i>The Oprah Winfrey Show’</i>s successful Debt Diet series. In March 2012, Jean released <i>Money Rules: The Simple Path to Lifelong Security</i>. And in April 2013 she launched JEAN CHATZKY’S MONEY SCHOOL, a series of monthly, college-style, interactive online personal finance courses that give men and women across the country the opportunity to learn from and interact directly with her. Jean is a sought-after motivational speaker, as well as a respected consultant to businesses and company executives. She also regularly shares her advice and opinions as a guest on popular television shows, including <i>The View, The Talk,</i> and <i>Morning Joe</i>, and made regular appearances on <i>The Oprah Winfrey Show</i>. Jean’s personal finance advice can also be found regularly in numerous print publications including <i>Glamour, Women’s Health, Prevention, Redbook, USA Weekend</i>, and more. In 2009, the Consumer Federation of America awarded Jean the Betty Furness Consumer Media Service Award for her nearly two decades of pioneering personal finance education. She has also received the Clarion Award for magazine columns from the Association of Woman in Communications and a Gracie Award from American Women in Radio and Television, Inc. <i>The Chicago Tribune</i> named Jean one of the country’s best magazine columnists. In addition to her professional work, Jean serves on the board of the Children’s Heart Foundation, and the National Foundation for Credit Counseling. A proud graduate of the University of Pennsylvania, she is also a member of the Trustees’ Council of Penn Women and on the alumni/student board of The Daily Pennsylvanian. Jean lives with her family in Westchester County, New York.