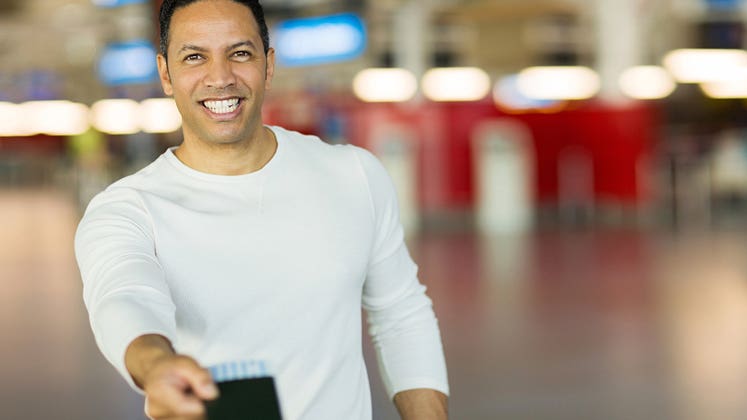 Thinking about using points or miles to buy airplane tickets for that big trip? You may need to tweak your strategy.

Frequent-flier programs used to award miles based predominately on distance traveled, but some airlines are evolving. Carriers such as JetBlue and Southwest have long awarded miles on dollars, and American Airlines remains the lone holdout on a miles-based system, among the major carriers. Now, following some big changes by Delta and United Airlines, most carriers are giving out rewards based on how much participants spend — meaning more expensive tickets earn higher rewards, regardless of the miles traveled.

The changes may not affect business travelers, who tend to fly shorter distances and ultimately expense their flights.

“Often in certain markets, the flights where you return during the week are more expensive,” Greg Davis-Kean, author of The Frequent Miler blog, says. “Those (flights) in many cases will actually be more rewarding in miles,” so if you’re traveling on business, you may still be able to readily rack up rewards.

However, “making miles fare-based hurts … the average person,” says Patti Geroulis, founder of the blog The Travel Sisters. “(These consumers) look for cheaper fares, so they’re going to be getting less miles for flying.”

Fortunately, there are a few strategies you can implement to recoup some of the rewards you’ll lose to the changes.

Partnerships have always played a major role in the frequent-flier game, since the ability to pool points from program to program allows you to, among other things, redeem rewards more quickly. But they’re even more important when you’re dealing with a fare-based loyalty program since some affiliates may not play by the main carrier’s rules.

For instance, United’s partner Singapore Airlines “actually charge(s) fewer miles than United does” when it comes to booking award tickets, says Scott Mackenzie, founder of the website TravelCodex.com. So you can transfer miles to them and get more bang for your buck.

Find similar opportunities in your favorite frequent-flier program by perusing award charts online and carefully reading the terms and conditions.

“Look at how many partners they have, and think about how competitive those routes are,” Mackenzie says. Then, “credit those miles to one of their alliance partners” to come out ahead.

In lieu of the recent changes, “definitely paying attention to credit cards is a big deal,” Davis-Kean says. Many airlines offer co-branded credit cards that let cardholders earn big rewards — think one to three or, even, five points per dollar — on travel purchases. These rewards can typically be pooled with the miles you earn through that carrier’s frequent-flier program.

If you travel less frequently, look for a card that rewards your natural spending habits. For instance, if you do a lot of food shopping, you may want to apply for a credit card that offers its biggest rewards bonus at grocery stores, Davis-Kean says.

This strategy lets you earn points quickly on items you already tend to buy. You can redeem these rewards as statement credits or transfer them to a partner airline that may be affiliated with your issuer, even if you don’t have the co-branded card in question.

Once you have the right payment method in hand, earn extra miles through lucrative sign-on bonuses and/or an issuer’s online shopping portal, which offers well over standard earning percentages on certain purchases. Be sure to pay off balances in full. You don’t want the rewards you earn to be negated by any interest you would be required to pay on purchases.

If the complex ins and outs of your favorite airline’s loyalty program get to be too much, simply shift your energies. Hotel loyalty programs are “much easier to understand,” Mackenzie says. They’re also more flexible. You can typically redeem your earnings for whatever night you’re looking to stay, sans blackout or expiration dates.

To reap these benefits, sign up for the loyalty program at the hotel chain you frequent most, rack up enough rewards to fund your stay and simply “pick a cheap, convenient flight so you arrive in good spirits,” Mackenzie says.

Not all is lost

In the past, extreme mileage-ers would rack up airline loyalty rewards by taking long flights solely for the purpose of scoring miles.

While this tactic no longer allows you to boost miles coffers, it can prove fruitful if you’re trying to achieve elite status at a particular carrier. This status gives you priority when it comes to upgrades and also entitles you to special perks, including free hotel rooms and other amenities. And, while airline loyalty programs may now be less lucrative, you should still create an account with your favorite carriers.

“There’s never any reason not to sign up,” says Davis-Kean. You’ll “earn miles, even if it’s not that many.”