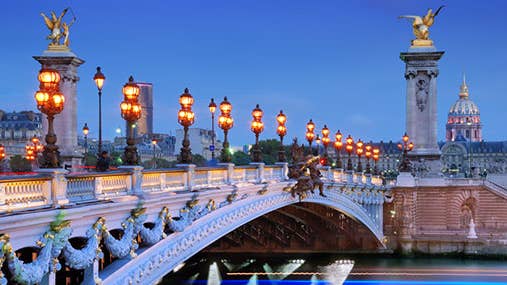 European travel on a budget

If you have your heart set on an epic European vacation this summer, your mantra should be “save where you can,” says Robert Reid, U.S. travel editor for Lonely Planet travel guides.

“You have to be flexible and really shop around,” Reid says.

European travel on the cheap is tougher to achieve. Prices for international flights are about 7.3 percent higher this summer than last, according to Carlson Wagonlit Travel, the worldwide business travel management firm. Hotel room rates in hot European destinations are rising. Rooms in Paris, London and Rome are up 4 percent to 6 percent in May 2012 compared to the previous month, according to the Trivago Hotel Price Index, which tracks the average cost of rooms in cities across Europe.

Still, it’s possible to soak in the Continent on a less-than-aristocratic budget.

“Planning ahead is the big key to saving,” said Jason Clampet, senior online editor at the travel website Frommers.com. “Don’t think that by saving a few bucks you’ll be ruining your trip or not experiencing a destination the best way.”

Luckily, experts have plenty of tips for slashing costs on European travel this summer.

Getting across the pond 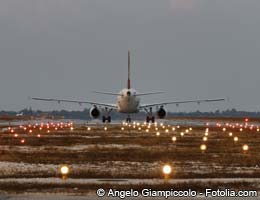 There’s no single magic formula for saving on airfare, says George Hobica, founder of AirfareWatchDog.com, a travel website. “Fares are higher this year, and there aren’t any screaming bargains.”

Expect to pay at least $1,000 per person for flights from New York to European travel destinations such as Paris, London or Rome.

Still, there are ways to chip away at the price. “Fly on Tuesday or Wednesday, and take the earliest morning flight or the red eye,” Hobica says. “Going at inconvenient times can save you a couple hundred dollars.”

Use credit card miles or points for free flights “to upgrade a cheaper ticket,” Hobica says, and watch the checked bag fees. “Airlines are less tolerant of heavy bags.”

You might be able to save by booking one-way tickets on two different airlines than round-trip tickets on one airline, Hobica says.

And sign up for email alerts for multiple airlines. “They’ll tell you when a fare goes down. A lot of airlines send out discount codes through Twitter, too,” Hobica says. 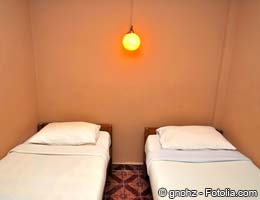 “Hotel prices are definitely up, even the cheap ones,” as a result of high demand and reduced hotel capacity, Hobica says,

“You’ll find more comfortable places with access to kitchens, which will save on meals,” Reid says.

Hostels are a possible alternative to hotels. They aren’t just for college kids anymore. “Families and couples can book private rooms,” Hobica says. Some hostels have age restrictions or dorm-style rooms, but sites such as Hostelling International at HiHostels.com and HostelBookers.com list age limits and amenities.

Slightly less fancy European hotels are also an option. Think two stars, not five. “Stars are standard in Europe and tied to the services hotels offer,” Clampet says. “With two stars, there’s a chance some of the rooms don’t have in-suite bathrooms, which can be a challenge for some, but it’s definitely a way to save.”

Some destinations may be cheaper 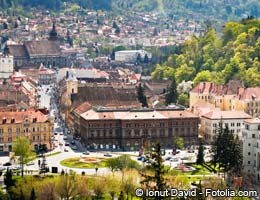 Can’t afford Paris? Transylvania is lovely this time of year. “You can save so much if you go someplace off-the-radar,” Reid says. “People want to see London and Paris, but there are so many parts of Europe that are so much cheaper and just as beautiful.”

“If it’s a choice between not going at all and going someplace less popular, what do you have to lose?” Reid says.

The European Backpacker Index tracks prices of food, lodging, and attractions, and says the cheapest destinations include cities in Bulgaria, Serbia, Poland, Latvia, Hungary, Romania and Slovakia as well as St. Petersburg, Russia. For instance, “(Bulgaria) is a quarter of the price of Italy and has mountains, beaches and picturesque villages with beautiful lakes,” Reid says. “These countries are starting to emerge.”

Travelers to countries that have made headlines due to economic woes, such as Spain, Ireland, Iceland and Greece, stand to save big on European travel costs outside of airfare.”If there’s an upside to the current global economy, it’s that the costs of local products and services in those countries are very affordable,” Clampet says. “They’re hungry for visitors.”

Food and attractions for less 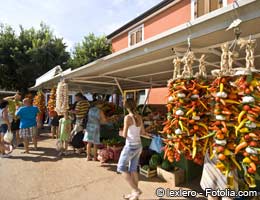 Food and sightseeing are big draws for vacationers, and you can have your cake and see the Louvre without going broke. Many cities offer discounts if you buy an admission pass for multiple attractions. “These are a good deal, but only if you plan on seeing everything included on the pass,” Reid says.

Free is always best, and “there has never been a better era for free stuff,” Reid says. Skip the paid, guided tour and do it yourself by downloading a free audio tour of the sights onto your MP3 player or smartphone. “In every European city, there’s so much going on in the summer such as free outdoor movies, concerts and inexpensive street food,” Reid says.

When your stomach starts to growl, eat smart. Eat in your room at least once a day but still see the sights, Clampet says. “Shop in the local farmers markets for your ingredients to save, and see how locals live.”

If you want to eat out, go for lunch. “Many places have prix fixe meals for half the price the same meal would cost at dinner,” Clampet says, referring to a complete meal offered at a fixed price. “Ordering the prix fixe meal is also usually cheaper than ordering a la carte.”

Getting around for less 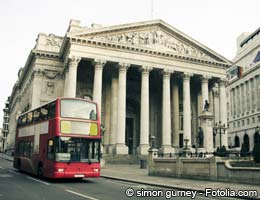 The plane ride to Europe is only the first journey. First rule of budget European travel: Don’t rent a car. “It’s almost always a bad idea,” Clampet says. “The train-and-bus network throughout Europe is so thorough; it’s the most convenient and affordable way to travel.”

To best explore a country, set up in a town that has bus or train service to surrounding areas, and take day trips, he says.

If multiple cities are on the itinerary, think trains. “Just plan ahead. Decide if it’s cheaper to buy point-to-point tickets or a pass to get where you’re going,” Clampet says. Buy Eurail passes in advance to secure the discount for groups, youth or seniors.

Don’t get so hellbent on seeing everything that you spend most of your time in transit instead of relaxing and soaking in the sights, Reid says. “Ticking off multiple destinations adds costs. If you stay close to one place, you’ll save more money. By staying put and taking day trips, you can settle in, take greater advantage of free entertainment and learn where the locals eat and play.”