Packed planes, endless security lines, baggage fees: There’s no question that air travel today seems much more unpleasant than it used to be. And when your problems with the airlines escalate from mere annoyances to major aggravation, it can be hard to know exactly what your rights are.

Luckily, things have been getting better for consumers who encounter hassles such as tarmac delays, overbooked flights and lost bags. The U.S. Department of Transportation, or DOT, strengthened what’s known as the “Passenger Bill of Rights” in August 2011, buoyed mostly by outrage over horror stories of customers trapped on runways for hours.

But air travel can still be troublesome. So get on board as we examine the most frequent problems for fliers — and provide some tips on the best ways to handle them.

You arrive, but your luggage doesn’t 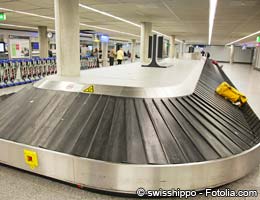 If your luggage is missing, the biggest mistake you can make is leaving the airport, says Rick Seaney, CEO of travel website FareCompare.com.

It helps to stay calm and give an accurate description of your bag. And Seaney recommends taking a photo of your checked bag with your cellphone, just in case. Also, keep in mind that airlines’ official contracts with passengers tell you not to pack valuables.

There are no set rules on whether you should expect any compensation for time spent waiting for luggage, says consumer advocate Charlie Leocha, director of the Consumer Travel Alliance. But you should let the airline know about important items in delayed bags, he says, as airlines have been known to cover replacement rental costs for missing equipment or special clothing, such as a tuxedo.

Most luggage eventually shows up. But if your bag is gone forever, you’ll have to make a claim. The DOT has capped domestic airline liability at $3,300 per lost bag, with the specification that it will cover the “depreciated value of your possessions, not their original price or the replacement costs.” You’ll also be eligible for a refund of any checked-baggage fees.

Stuck on the tarmac 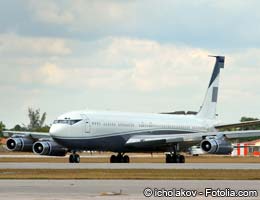 Scenes of passengers trapped on the runway are what inspired the “flier rights” movement several years ago — and the DOT has listened.

Since April 2010, airlines are no longer allowed to keep domestic flights on the tarmac for more than three hours, and they are required to provide food, drinking water, functioning bathrooms and any needed medical attention for delays longer than two hours. In 2011, the rule was expanded to international flights, which can’t impose tarmac delays of more than four hours. Failure to follow the rules could cost an airline $27,500 per passenger.

On its website, FlyersRights.org — a nonprofit advocacy group founded by Kate Hanni in 2006 after her family was stuck on a tarmac for nine hours — provides a list of people to call if you’re stranded.

There are numbers not only for the airlines and government agencies, but also for members of the travel media and the U.S. Congress. The group also recommends taking photos of a delay as it’s happening and starting a petition with fellow passengers if you’ve been sitting for more than three hours.

Your connecting flight leaves without you 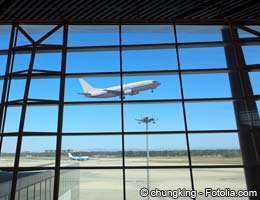 It’s hard to prevent the dread that creeps into your stomach when you’re watching the clock, hoping your current flight gets to the airport in enough time to make your connection. But missed connections are a fact of life, especially during periods of extreme weather.

The savviest passengers also come armed with knowledge of alternate routes, Leff says. If you know other ways to get to your destination not only on your current airline but also on its partners and competitors, you’ll have a better chance of convincing an agent to get you on the flight you want, he says. Apps and sites such as FlightStats.com can help you find open seats.

Airlines are legally obligated to inform passengers about flight changes, so make sure you give valid contact information when you book. If your flight is changed, check to make sure that your new connection is doable — and if it’s not, contact the airline immediately so you can get rebooked without paying a fee, Leocha says. 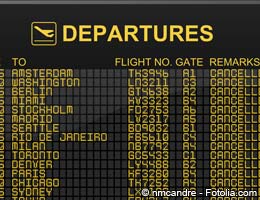 When your flight is canceled, you want to rely on another little-known resource for stranded travelers: an airline’s “customer commitment” document. Available on most airline websites, it spells out various airline policies in detail and gives passengers guidelines, particularly on what they can or can’t ask for after a cancellation, says Leocha, of the Consumer Travel Alliance .

For example, the Delta Air Lines Customer Commitment states that passengers stranded overnight because of a cancellation — or a delay or missed connection, for that matter — will receive meal allowances and hotel accommodations, if possible.

Read the fine print, however: The customer commitment typically states these provisions will be offered only if the cancellation was within the airline’s control. Mechanical issues and staffing problems fall under that umbrella, but weather conditions don’t, Leocha says.

If you’re unhappy with the service and reimbursement you received after a cancellation, send a “polite but firm” email to the airline after the trip, Leff suggests. Most airlines will throw you some sort of goodwill gesture, such as frequent-flier miles or money toward your next trip, he says.

Leocha recommends forwarding the same email to the DOT if the problem was particularly egregious.

Your seat doesn’t sit well with you 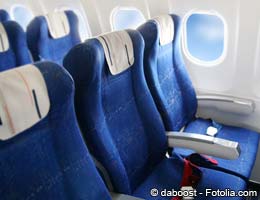 Tall, lanky folks will usually go out of their way to choose exit rows and bulkhead seats that can accommodate their body type — and when their seats are reassigned, they’re not happy. It can also happen when families plan carefully to get seats together, only to become separated if the type of plane changes.

While the airline isn’t contractually obligated to put you in the exact same seat, your best response if you’re notified of a plane change is to get on the phone with a booking agent, Leocha says. That way, you can spell out any concerns — and possibly get the seat you want on another flight — without being on the hook for a rebooking fee.

If you’ve paid for a seat upgrade, such as Economy Plus, and you don’t get it, you’re entitled to a refund, says Leff of MilePoint.com. And always check in online the night before, so you can anticipate any seating problems and get your boarding pass before you arrive at the airport, he says. 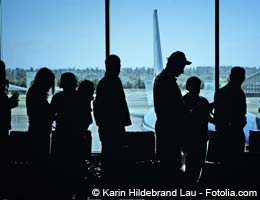 Airlines regularly overbook flights in order to compensate for no-shows. The U.S. Department of Transportation requires airlines to ask for volunteers before they bump you off a too-full flight against your will.

While many travelers jump at the chance to be bumped, it’s important to realize what you’re entitled to, Leocha says: “You can negotiate for a lot more than $300.”

Federal rules say if an airline forces you out of your seat and gets you to your destination between one and two hours later than your original domestic flight, it must pay you double the cost of your one-way fare, up to $650.

That compensation increases to a possible maximum of $1,300 if it takes more than two hours for your substitute flight to get you there. But if the new flight gets you to your destination within an hour of the original, you won’t get paid anything.

It’s important to note that the windfall comes only when you’re involuntarily bumped. The bumping rules also don’t apply to charters, planes with only 30 to 60 seats, or situations where airlines have to substitute smaller aircraft. 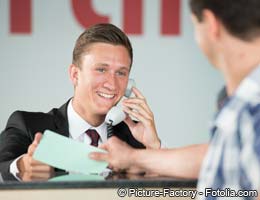 When things go wrong with air travel, many people slip into anger mode. But if you keep your cool, you’re more able to get the help you want, experts say.

“Trust me, if you go ballistic on the airline reps, anecdotal evidence strongly suggests you’ll only be hurting your case,” says Seaney. “Besides, the airline reps you’ll be talking to — they’re not the ones who lost your bag.”

Some travelers become so concerned with saving money that they get upset and try to negotiate, wasting time that could have been better spent buying their own hotel room and getting the sleep that they need, Leff says.

“Build in the assumption when you travel that there are additional costs along the way,” he says. “I do see people arguing for what they believe is right and making themselves worse off in the process.”

“You can’t always rely on the airlines to solve things for you the way that you want,” Leff adds. “But you can take it upon yourself to improve the odds in (your) favor.”

Create a news alert for "travel"