Dear Tax Talk,
We are an S corp that was formed in May 2008. We have two shareholders who contribute about three hours a day, five days a week on a regular basis. We had zero revenue with about $17,000 of losses in 2008. In 2009, we will probably be incurring another $23,000 loss. We will not make cash distributions to our shareholder nor will they get any sort of remuneration for their services. Do we have to pay “reasonable compensation” to our shareholders even though we are incurring losses and will not make cash distributions or dividends?
— Arianne

Dear Arianne,
Only Wall Street brokers would think they were entitled to compensation when the company is losing money. The phrase “reasonable compensation” in the area of S corps is often used. There are no specific guidelines for reasonable compensation in the IRS Code or the regulations. The various courts that have ruled on this issue have based their determinations on the facts and circumstances of each case.

An S corp that does not pay a reasonable compensation to its shareholders avoids payroll taxes. The payroll tax savings, of course, raises an issue with the IRS.

The instructions to the Form 1120S, U.S. Income Tax Return for an S Corporation, state, “Distributions and other payments by an S corporation to a corporate officer must be treated as wages to the extent the amounts are reasonable compensation for services rendered to the corporation.”

According to the IRS, the amount of the compensation will never exceed the amount received by the shareholder either directly or indirectly. However, if cash or property or the right to receive cash and property did go to the shareholder, a salary amount must be determined, and the level of salary must be reasonable and appropriate. 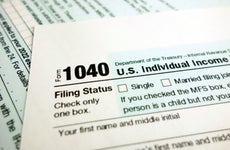 How to deduct stock losses from your taxes 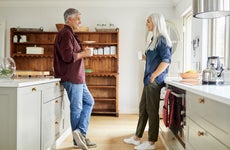 What is the 4% rule for retirement withdrawals?

How an S corporation officer gets paid

What to do when companies cut dividends