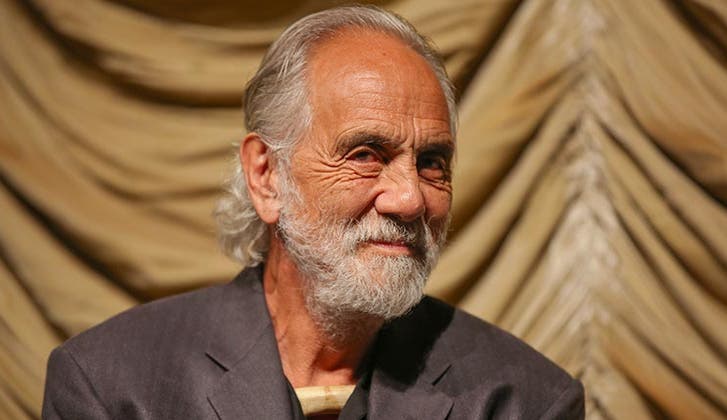 Tommy Chong of Cheech and Chong fame, the standup/movie/music icon, has added entrepreneur to his list of achievements. But the businessman is staying in character with the Tommy Chong we have all grown to know and love.

It’s all about weed.

His latest product line is called Chong’s Choice, and according to Instagram, it is “a national legal and medicinal brand you can finally trust.”

In 2014, his new business venture in Colorado, where cannabis production and sales are legal, began manufacturing 2 products for distribution:

Growing, distributing and selling marijuana for both medicinal and recreational purposes is legal in Colorado, as long as the product stays within the state borders. The products are also subject to sales tax which is levied at the dispensary level. Chong believes that levying a sales tax is tax overload on citizens.

“We are already taxed to death on everything,” he says.

“It is interesting that other prescribed medicines are not subject to sales tax (in California), but medicinal marijuana is,” says Jonathan Barsade, founder and CEO of Exactor, a website specializing in sales tax compliance software.

Tax revenue is always a driving factor in policy creation. Money from sales tax is pouring into Colorado coffers. “All in all, the cannabis retail trade has been compliant,” says Barsade. “The revenue has exceeded expectations in Colorado and Oregon. … Over the years, we will see more and more states engage in this activity. It will be highly regulated.” 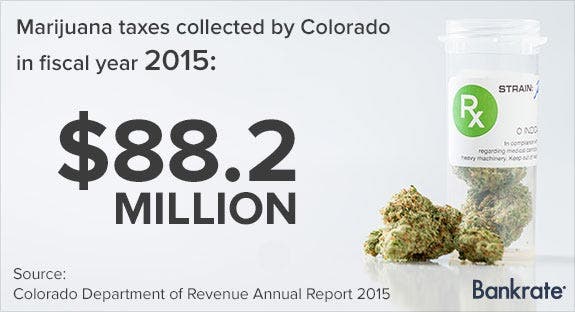 In addition to sales tax, growers, middlemen and dispensary owners must contend with the complexity of federal and state income taxes. Previously, business owners were required to report their illegal income without the benefit of taking deductions against it. The federal government still considers cannabis production and sales to be an illegal activity. But the tax treatment at the federal level has become more lenient, thanks to the trend toward legalization in various states for medicinal purposes.

Deductions for cost of goods sold — which are the costs involved in production or the costs involved in purchasing the product for resale — are allowed on tax returns. Most marijuana farmers are using the “full absorption costing rules” and “unified capitalization rules” to include administrative, overhead and direct costs normally not associated with cost of goods sold. In other words, they are basically writing off every expense. And the IRS is allowing it.

Even though these activities are still illegal at the federal level, Chong does not fear reprisal from the Feds. He says that pending court cases on the side of legalizing weed — and, finally, recognition of its medicinal qualities — will soon result in federal legalization of marijuana. If this occurs, then any business involved in the manufacture and sale of the product will be allowed to declare income and deductions on tax returns like any ordinary business.

An alternative to conventional drugs

Chong credits his remission several years ago from prostate cancer to the use of a hemp product under the direction of a naturopath in Canada. He strongly believes in its medicinal qualities. “You certainly don’t have the litany of ‘side effects include …’ when it comes to marijuana,” he says.

And he is excited about his enterprise. “Although,” Chong says, “owning a small business is like doing time in jail. You are dedicated to that business. You don’t have a life. It absorbs all of your time. When I was in jail, I had more time to myself than I had on the outside.” (Chong was jailed for 9 months in 2003 for selling marijuana paraphernalia.)

And when it comes to taxes, Chong suggests, “If you’re self-employed, be sure to make your estimated tax payments. I always pay more than I owe so I can enjoy a refund.”