All U.S. citizens face the same general income tax requirements. That means that a portion of your income, regardless of where in the world it is earned, must be paid to Uncle Sam.

However, taxpayers who live abroad are granted a couple of special considerations. So are members of the military who are stationed in combat zones.

Out-of-country taxpayers generally are allowed an automatic two-month extension to file a return and pay any tax. The IRS grants this extension to U.S. citizens or residents who, on the regular tax-filing deadline, are either living outside of the United States or Puerto Rico because their main place of business or post of duty is in a foreign location, or who are serving in military or naval service on duty outside the United States and Puerto Rico.

In these cases, instead of being due in April, your return must be sent to the IRS by June 15. When you do file your return, be sure to attach a statement explaining which situation qualifies you for the extension. And if you are unable to meet the June deadline, as with U.S.-based filers, you can request additional time to file.

Married taxpayers who file jointly are granted the extension until June 15 if either spouse can qualify. Married taxpayers opting to file separate returns, however, must individually meet the automatic out-of-country extension requirements.

Some income excluded from tax

Secondly, U.S. taxpayers abroad who pay taxes in the foreign country in which they work and live may be able to exclude of a portion of their income from U.S. taxation. The IRS adjusts the amount of income that can escape tax annually, so check Publication 54 for the correct amount.

And before you can exclude your foreign income from federal taxes, you must meet both of the following conditions:

If you qualify for the foreign income exclusion, you also might be able to deduct a portion of your overseas housing costs that you incurred to meet the second income-exclusion test.

If you are in a battle region, the deadline for filing your return, paying any tax due and filing a claim for refund is extended for at least 180 days after:

Your deadline also is extended by the number of days you had left to file when you entered the combat zone. For example, you normally have three and a half months (Jan. 1 to April 15) to file your tax return. You entered a combat zone on April 1. You then get to add 15 days to the 180-day extension. 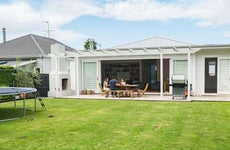 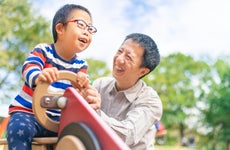