Next month, the U.S. Treasury begins distributing economic stimulus tax rebates to more than 130 million households. The hope is that Americans will spend their checks immediately to bolster the economy.

But does the government’s decision to refer to the checks as a “rebate” actually encourage people to save the cash rather than spend it?

A June 2006 behavioral study, ” Bonus or Rebate? The Impact of Income Framing on Spending and Saving,” found that characterizing — or “framing” — the payment as a “rebate” instead of a “bonus” or “windfall” makes people more likely to save the money instead of spending it and giving the economy a short-term boost.

Epley is a professor of behavioral science at the University of Chicago Graduate School of Business. He conducted the behavioral study with colleagues Dennis Mak and Lorraine Chen Idson of Harvard University in Cambridge, Mass. The National Science Foundation funded the study.

Follow-up studies after the 2001 rebate showed that only 28 percent of taxpayers surveyed nationally said they spent most of their $300 refund ($600 for joint filers) shortly after receiving it.

For this year’s rebate, the government has doubled the cash back, sending out checks up to $600 ($1,200 for joint filers) to taxpayers as part of a $168 billion economic stimulus package. This represents about 1 percent of America’s gross domestic product. (Some taxpayers with children will receive an even higher rebate.)

Nonetheless, Epley expects that people will repeat their 2001 behavior and again hold on to much of their rebates, softening any potential boost to the economy.

“If the economic stimulus package is intended to get people to spend and increase consumption, pitching the tax rebate in this way is not going to lead people to spend it at as high a rate as they might like,” says Epley. “We don’t know by how much, but the data from our experiment suggest that it might be quite substantial.”

Money back vs. found money

First, a note from Webster: A “rebate” is a return of an amount paid, whereas a “bonus” is an extra payment over and above regular remuneration.

Psychologically, a rebate describes a return to a previous wealth state, while a bonus describes a monetary change for the better.

Technically, this year’s tax rebates are a bit of both: a rebate for some taxpayers and a bonus for nontaxpayers, including retirees, disabled veterans and low-income workers who are exempt from filing (although they will have to file to receive a rebate).

Research shows we tend to save rebates and spend bonuses. Why?

In one study, Epley’s team gave each participant a $50 check, half of them presented (“framed”) as rebates, the other half as bonuses. When contacted one week later, those who received rebates had spent less than half of what those who received bonuses spent ($9.55 vs. $22.04, respectively).

What’s in a name?

How does using the word “rebate” or “bonus” affect people’s spending habits? Epley, a professor of behavioral science, explains what we feel when we hear each word:

A rebate is a return loss, while a bonus is a gain.

“All of this does suggest that how you pitch this is going to make a big difference in what people choose to do with it,” Epley says.

Beyond the name game

Roger Dooley, president of Dooley Direct LLC marketing consulting firm, says that while he agrees with Epley, individual circumstances probably play a greater role in the decision to spend or not to spend.

“What you call things does have an impact,” says Dooley, who also publishes neuromarketingblog. “But to a family where you have all the other influences of the real world from both the income side and the needs side, perhaps words are a little bit less important.

“If you have bills to pay and you got a check from the government that’s going to help you do that, then it may not matter what they called it, you’re going to apply it as needed. Conversely, if you’ve been planning to purchase a large-screen TV and haven’t quite had the cash to do so and this check is going to get you over the top, it really may not matter whether it’s called a bonus or a rebate.”

How much will you get?

The basic rebate amounts are as follows:

Epley says the government also undermines its efforts to induce spending in other ways. For example, rebates are sent electronically to taxpayers who file for direct deposit on their 2007 return. While that’s expedient and less costly, it’s also increases the likelihood that the money will just sit in the bank, he says.

“That’s a bad idea,” says Epley. “If you get a check that just goes right into your account, you’re not likely to spend that income at any different rate than you would spend any other income.”

In fact, the biggest bang for the rebate buck would be to pay it out in cash, Epley says.

“Small bills, in fact; fives and 10s,” he says. “You would be much more likely to fritter that away.”

Irony runs rampant through the tax-rebate debate. After all, this is the Internal Revenue Service giving us money back — not exactly the agency’s strong suit.

In addition, the government is saying times are so dire that we should go out and spend — not exactly our first instinct in such circumstances.

To encourage spending, Epley suggests the government partner with businesses to build incentives for people to put their rebate to work.

For example, the government and businesses could schedule a national shopping day or weekend. This could be planned to coincide with a major holiday or state tax-free weekends.

Other suggestions include rebate coupons or punch cards redeemable at retailers.

However, some people remain skeptical of the true intention behind the rebates. They suspect the government may have ulterior motives.

“Is it anything more than a bunch of elected officials getting together and quickly sending us money to buy us off?”

Bob Sullivan, author of “Gotcha Capitalism” and iconoclastic voice of MSNBC’s The Red Tape Chronicles, says it may be votes — not stock prices — that the government hopes to stimulate. He finds the timing of Rebate ’08 more than coincidental.

“It’s very transparent to me what’s happening here,” he says. “Both Republicans and Democrats got together to say, ‘Well, the one thing we want to do is make people feel a little bit better about us in the middle of the election cycle.’ There isn’t a lot of good data to back up what kind of boost this can give to the economy, and unless I’m missing something, there is nothing in the tax rebates that addresses any of the fundamental problems that brought us here or can get us out.

“Is it anything more than a bunch of elected officials getting together and quickly sending us money to buy us off? I really don’t think it’s any more complicated than that.”

On the other hand, Dooley believes the rebates have real value, even if they are politically motivated.

“You might argue that bill paying is not an altogether bad use of the rebate,” he says.

If taxpayers use their checks to pay down credit card debt or make their mortgage payment, it’s all ballast to steady a floundering economy, he says.

“If nothing else, you’re staying in the consumer game for a while because you’re not being foreclosed on or having other dreadful financial circumstances come to roost that are not going to help your spending behavior very much,” Dooley says. 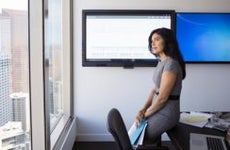 How to avoid an audit by the IRS: These red flags may invite an IRS examination 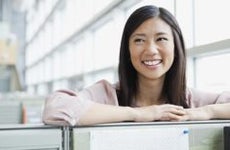 The IRS has over $1 billion in unclaimed tax refunds. Is any of it yours?