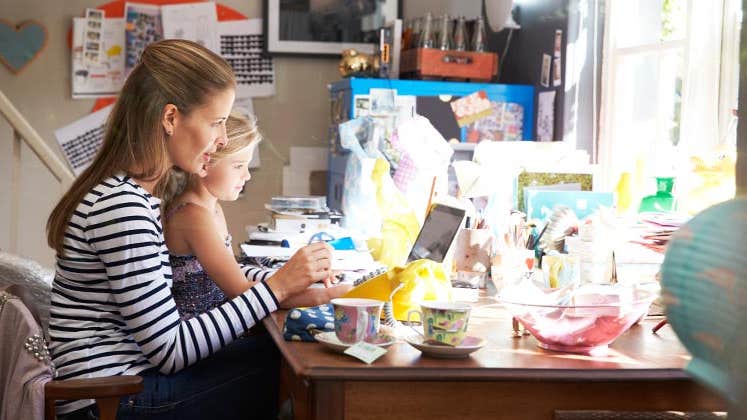 Workers who don’t earn much money or who lost a job last year may benefit from the earned income tax credit, or EITC. With this tax break, qualified individuals can get a portion of the taxes they paid reimbursed.

It even can produce a tax refund for eligible filers who had no tax liability. Most tax credits are nonrefundable, meaning they simply zero out a tax bill. For example, you owe $800 and have a $1,000 credit. That credit will erase your $800 bill, but you lose the extra $200.

But the EITC is a refundable credit, so it will allow you to get that extra $200 back as a refund from the IRS.

Be warned, however, that the credit is rather complicated, and because eligible taxpayers usually don’t have much cash to spare, they generally cannot afford professional help in filing for it. The IRS has an online program, the EITC Assistant, to help these filers.

By answering some questions and providing income information, the online program will help you determine your correct filing status, whether your children meet the credit’s requirements, and will give you an estimate of the amount of credit you may receive.

Here’s a look at the earned income credit’s basic guidelines and pitfalls so you’ll know what to expect when you go to the online program.

And if you’re due some money back and want to stash it somewhere, compare savings rates at Bankrate.com today.

Many people think the credit is available only to parents. It’s not. But the amount the IRS will give back is greater for eligible low-wage taxpayers with children. The amount is adjusted for inflation each year.

To qualify for the credit, a taxpayer must earn money, but not too much.

All wage or salary income, as well as any self-employment earnings, counts toward the eligibility limits. Investment income also must be taken into account. If you collect too much of this unearned income, it could disqualify you. For 2016 returns, if you made more than $3,400 in investment income, you cannot file for the earned income credit. For 2017, the limit is $3,450.

Married couples who file separate returns are not eligible for the earned income credit. If you are married but your spouse did not live in your home for the last six months of the year, you may be able to file as head of household and take the credit.

And if you have no children, you must meet four additional tests before you can claim it.

All taxpayers claiming credits based on the children they are raising must take into account each child’s age, the child’s relationship to the taxpayer, where the child lived during the tax year and the child’s tax-filing circumstances.

In most cases, the child must be younger than 19 at the end of the tax year in which the EITC is claimed. However, if the child is a full-time student, he or she can be as old as 23 and be claimed for the credit. Also, a permanently disabled child, regardless of age, can be claimed in connection with the earned income credit.

The relationship test is met if the child is your son or daughter (either by birth or adopted), stepchild or grandchild. Your brother, sister, stepbrother or stepsister (or the child or grandchild of these relatives) may also be considered for credit purposes.

A foster-child relationship may qualify for the credit as long as the child was placed with you by an authorized placement agency.

Claiming the earned income credit can be especially confusing for people sorting through child custody issues.

When custody is split, only the parent who physically housed the child for more than six months can claim the credit. Sometimes, however, a child might be claimed by either parent.

This would be the case if you and your spouse lived together with your daughter until July 1 and then you separated. You shared custody of your daughter equally until your divorce became final in December. Since the girl lived with both of you for more than half the year and neither parent exceeds the credit’s earning limits, you must decide who will claim the larger credit amount that is available when a child is involved.

If you and your spouse cannot agree, and each of you files naming your daughter in your credit claim, the IRS has tiebreaker rules to determine which taxpayer gets the tax break.

Need help with your personal finances? Find a financial planner at Bankrate.com today.

The earned income credit can be claimed on any individual tax return. Each form’s instruction booklet devotes several pages and accompanying worksheets to the credit.

In addition to the online assistance program, you also can find information and filing examples in IRS Publication 596, Earned Income Credit. Taxpayers with specific questions about or problems with filing for the credit can call the IRS at (800) 829-1040.

Military personnel need to pay attention to special provisions that could require them to compute the credit two ways. Normally, combat pay is not taxable, but servicemen and servicewomen who received this income now can choose to count it if it will help in their EITC claim.

If you qualify for the EITC on your federal tax return, you also may be eligible for a similar credit from your state. Twenty-six states and the District of Columbia, as well as New York City, offer their residents an EITC. If you qualify, the EITC can give you back a nice chunk of change.