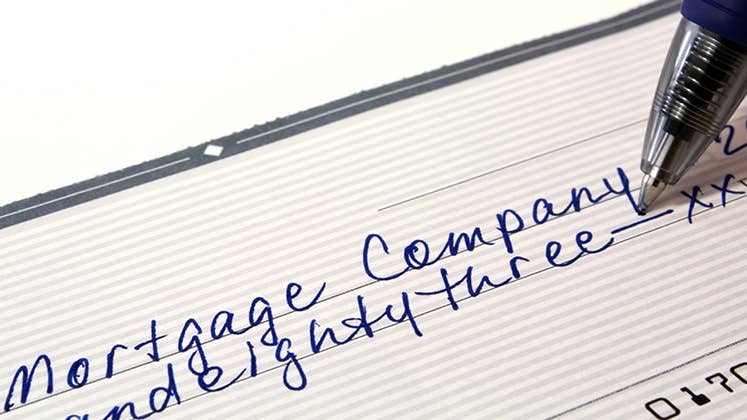 Homeowners already know that their residences offer a variety of tax breaks. But as the tax year winds down, you can tweak a couple of them by Dec. 31 to maximize the deductions on your coming tax return.

Start with your mortgage payment. An early January payment could lower your upcoming IRS bill.

Unlike rent, which you pay beforehand (i.e., your Jan. 1 bill covers your stay in the rental unit for that coming month), your mortgage payments are made at the end of your occupancy period. That means your Jan. 1 mortgage statement represents interest for the month of December, making it a tax-break-eligible bill for this year.

By accelerating that payment even by just a day, you get an additional tax deduction for the interest paid.

Don’t get greedy, though. You can’t make your February, or any other upcoming, mortgage payment early to boost your year-end tax deduction amounts. Tax law generally prohibits write-offs for prepaid interest (there is an exception for loan points in some cases). Each year, you can deduct only the home mortgage interest for that year.

You also want to make sure you don’t cut it too close in making the early payment. Get the check in the mail in plenty of time for it to arrive at your lender by year’s end. If you pay online, be sure you make the electronic transaction in time to have it credited to this tax year’s payment amount.

That way, the added interest will show up on the annual statement (usually a Form 1098 or an IRS-acceptable substitute) you’ll get from your lender in late January, detailing your deductible mortgage activity.

Some tax professionals say you can simply make your extra mortgage payment late this month with a check dated Dec. 31 and count it toward your tax deductions.

However, if you actually get your payment to the bank by the last business day of the year or a weekday or two early, the extra interest will show up on the lender’s official paperwork. And that means no curious tax examiner will question any difference between the amount you claim on your Schedule A and what your lender reported — and copied to the IRS — on the 1098 form.

If your year-end mortgage statement doesn’t reflect the extra payment’s interest, go ahead and deduct the correct amount on your tax return and attach a statement explaining why your number, not the lender’s, is accurate.

If your mortgage holder pays your annual property tax bill from an escrow account, that also will be listed as a deductible home-related expense on your Form 1098. But if you, not your lender, pay your property tax bill, and it’s due early next year, consider paying it in December as well. As with your mortgage interest, this payment — and tax deduction — will be shifted into this tax year.

A word — actually, 3 words — of warning about accelerating some tax payments: alternative minimum tax. This parallel tax system was devised in 1969 to guarantee that wealthy filers paid their fair share to the IRS. But millions of upper middle-class filers have found that this tax, referred to as the AMT, applies to them.

There is, however, some good AMT news. The American Taxpayer Relief Act of 2012, also known as the “fiscal cliff” bill enacted on Jan. 2, 2013, included inflation indexing of the amount of income that is exempt from the AMT. Previously, taxpayers had to wait for Congress to increase the amounts, often making tax planning difficult. Now the income levels at which the AMT applies will increase automatically each year.

Under the AMT, some usually acceptable tax breaks aren’t allowed. Mortgage interest on your main home and your 2nd home is still AMT-deductible, but home-equity loan interest could be disallowed. And real estate and personal property taxes aren’t deductible under the AMT. So before you shift payment of those taxes into this year, make sure you won’t face an AMT bill where the write-offs won’t be of any tax use.

And remember: While an early payment will give you 13 mortgage interest amounts to deduct this year, it means that the next tax year you’ll have only 11 — or 12, if you pay a little early next December, too. So before you send off that check, make sure you really need the added tax deduction amount on this coming return.