Did you hear about the human sperm deduction? The cop who wrote off his flattop haircut? The interstate cheeseburger incident?

Behold Bankrate’s sixth installment of the year’s craziest, laughably outrageous, utterly true tax deduction tales, culled from the seasonally imbalanced minds of certified (if not certifiable) public accountants from across the land, some of whom
requested anonymity.

Our past forays into tax return weirdness turned up some very naughty behavior indeed as desperate taxpayers sought to slip past the taxman everything from breast implants to barking security systems and an expensive “time monitoring system” made by Rolex.

As always, we preface this ride on the crazy tax train with this warning: Do not try this at home. The IRS, while jolly sorts themselves, don’t take lightly any attempts to shirk your tax obligations.

In the spirit of what not to claim, we present Bankrate’s 10 craziest tax deductions, 2011 edition. 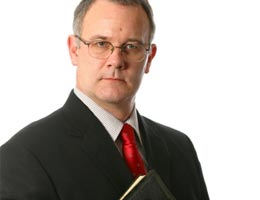 Dallas CPA Ken Sibley has represented his fair share of country preachers over the years, pious seekers who, for the most part, hewed closely to the path of righteousness. Then came one holy man whose travel and entertainment expenses sought the off-road shortcut to tax savings.

“The minister, new to us, wanted to take travel and related costs incurred when the full family traveled the country looking for real estate investment property,”
Sibley says. “But none was ever found, and none had been purchased for the past several years.”

Maybe he was searching for the promised land.

Ah, the wedding tale! This nondeductible expense ploy pops up every year in different guises, sort of like those bridesmaid gowns that come
in colors not found in nature that you’ll never wear again. Most try to squeeze that $50,000 whopper into business travel and entertainment, or T&E, expenses
(“Hey, I invited my clients!”), but some just want it any way they can get it.

I guess as long as it’s not bigamy, it’s big of him.

What would Tony Soprano do?

Sometimes tax preparation can involve some off-the-books negotiation, as Don Meyer of the New Jersey Society of CPAs relates.

“The manager and family member of a famous entertainer recommended the purchase of a $2 million building for office and production space, confident that it would be a $2 million write-off for tax purposes that same year,” Meyer says. “When the manager found out the truth — that it would take over 30 years to recover the expense — the manager was upset, embarrassed and agitated.

“At one point in the drama, a suitcase with a very significant amount of cash appeared as incentive for the accountants to somehow ‘make it work.’
The suitcase full of money was refused and the extravagant claim never made it onto the tax return — at least not the one the accountants prepared before they resigned the account!”

A little off the top — of my taxes!

Some taxpayers just get a wild hair when it comes to shaving their tax burdens.

“I was preparing a tax return for a state trooper who was trying to deduct everything under the sun,” says another Massachusetts CPA. “He had listed haircuts as a deduction. I asked him why he thought haircuts were deductible. He replied that his
hair had to be cut short as a requirement of his job.”

Did he provide the trooper his tax trim? Naw.

“I responded that your employer probably requires daily bathing, too, but you can’t deduct the soap.”

And if the fridge breaks, I’d starve to death!

Ah, the evergreen home security system ploy. We’ve seen legitimate home businesses try to claim their dogs and even cats as a security expense. Me-ow! But the Hunter Group in Fair
Lawn, N.J., reports that one client had a personal stake in her home security system.

“One client tried to write off the cost of her home security system. Rationale? If the client’s home was burglarized and she was killed, she could no longer pay taxes.”

Reckon she could write off food and clothing as well.

The self-employed sometimes take liberties with the dues and subscriptions deduction, as this Massachusetts CPA found out by accident.

“A self-employed real estate professional had thousands of dollars in dues and subscriptions. When we reviewed the details of the account, the client was trying to deduct some personal subscriptions to adult magazines. We convinced the client to treat
those items as a nondeductible personal expense.”

Does it count if I wrote the checks in there? 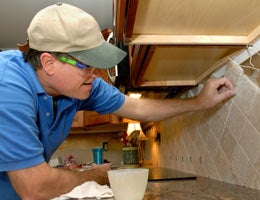 But one of Sibley’s clients had other plans.

“The most troubling return was a lady that was self-employed who demanded that she get to deduct more than $30,000 she had paid in remodeling her home,”
says Sibley. “The only trouble was, the area that was remodeled did not include her actual home office.”

That’s it, no more Superman comics for you! 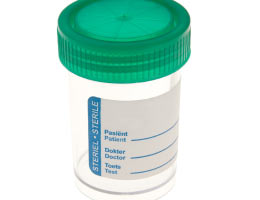 What good are tax codes if they stand in the way of saving all mankind?

“A member of my church wanted to confirm that he would be able to take a tax deduction for his donation of sperm to a sperm bank,” recalls a Massachusetts CPA. “He was about to have prostate surgery and he feared he might be impotent afterward, so
he wanted to preserve his sperm for future generations.”

“His reasoning was that the gift of his sperm was such a value to humankind that he should surely be able to take a tax deduction for it.”

Someone’s a few fries shy of a Happy Meal

New Jersey requires residents to pay a use tax on items purchased out of state if they were not charged enough sales tax. Sure,
it can be a big moneymaker on things like electronics. But a Happy Meal? Meyer elaborates.

“I explained the use tax to a client who called the next morning and asked, ‘If I get a take-out meal in Pennsylvania and they only charge 6 percent sales tax, do I owe the extra 1 percent to New Jersey?’ He was talking about less than $1 he would
owe New Jersey, but he doesn’t want to miss one tax that he owes.”

“‘The answer is no,’ I told him; he doesn’t owe the extra 1 percent if he eats it in Pennsylvania. But if he brings it back to New Jersey, then he owes the 1 percent difference.”

Finally, no craziest tax roundup would be complete without a working-girl entry.

“A call girl who wanted to report her income so she won’t get in trouble with the IRS told her accountant her occupation was in public relations,” Meyer says.

Hey, they both involve billable hours!

Stay on the straight and narrow tax path by claiming deductions that will pass IRS muster. Read these stories to help you sort out tax deduction facts from fiction.

« Back to the Tax Deductions page.