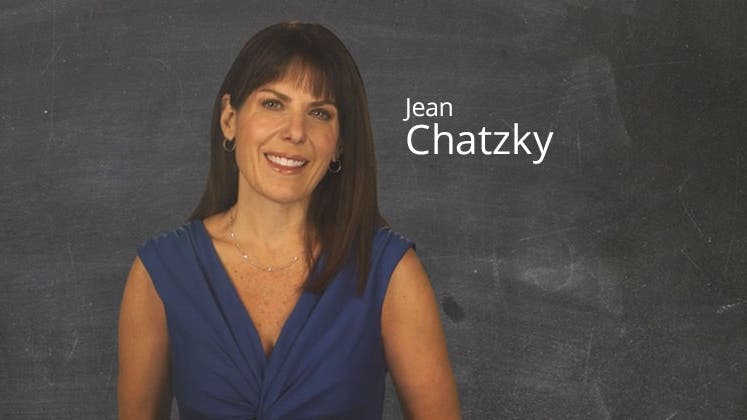 Everyone insists that money can’t buy happiness. But let’s be honest: It can certainly buy a lot of things that make you happy.

Of course, that doesn’t mean everything with a price tag will bring you a life of bliss. Some purchases will indeed put a smile on your face, but others will give you nothing but a powerful case of buyer’s remorse. While you can avoid some of the latter by reading product reviews and comparing prices before you buy, it turns out happiness isn’t simply a matter of getting quality products at the best possible price.

Rather, it seems that different kinds of purchases tend to have different effects on consumers’ happiness; that’s been a subject of academic inquiry by psychology researchers over the past several years.

So what can you buy that will make your inner- and outer-self smile? Consumer psychology researchers looked at six purchases people regularly make and divulged which will — and won’t — make you happy.

If there’s a one-sentence summary of the current state of academic thinking on the subject, it’s this: Experiences make you happy, while material goods are less likely to bring any lasting happiness.

That might seem counterintuitive at first blush. After all, an experience such as a baseball game only lasts a few hours, whereas that new car should hopefully give you several years’ worth of enjoyment. So why is our satisfaction with objects so fleeting?

Thomas Gilovich, a professor of psychology at Cornell University, says humans simply get used to new possessions over time, diminishing the happiness they bring us.

“Probably the biggest force in happiness is our remarkable capacity to adapt to things,” he says.

“People think ‘It’ll be a total blast if I have a BMW,’ and at first it is. Then it becomes the new standard, and you don’t notice it as much.”

That adaptability can hinder the long-term utility of most material possessions we buy. Just think of your first smartphone: After the first several weeks spent marveling at its various functions and enjoying the ways it made your life easier, its presence in your life probably became routine. Eventually it gets to the point where you’re cursing it every time it drops a call or can’t load a Web page. After enough time has passed, the things we own may only disappoint us.

Life experiences, particularly leisurely pursuits such as travel and attending sporting events, constitute the other end of the happiness spectrum.

“It comes out pretty clear that life experiences tend to buy more happiness on the whole than material items,” says Ryan Howell, Ph.D., an assistant professor of psychology at San Francisco State University. Howell runs a website, Beyond The Purchase, that helps consumers understand their spending habits.

One reason experiences tend to bring happiness is they often have a social component. A recent study found that “leisure consumption is associated with higher levels of happiness partially through its effect on social connectedness.” That makes sense: Attending a concert or walking on the beach is an inherently social experience (unless you’re making a concerted effort to be antisocial), unlike driving a car or reading a book.

But it raises the question of why an experience that only lasts a few hours or days should bring lasting happiness. Gilovich suggests that humans have a knack for internalizing the memories and significance of these experiences.

“Your experiences become more a part of who you are than your possessions do,” he says. “We are the sum total of our experiences — they’re treasures, and we reflect back on them and they provide a great sense of satisfaction.”

If there’s one problem with the simple delineation of “objects” and “experiences,” it’s that not every purchase falls neatly into one category or the other. Howell says certain classes of material objects can bring you happiness if they’re used in a way that facilitates “pro-social” experiences — for instance, a video game console used to play games with friends. But that same console can also be used to spend hours gaming alone, so it’s hard to easily categorize the Xbox’s impact on your happiness.

Perhaps no object better illustrates this gray area than Apple’s iPad, to the point that Howell says he and his colleagues often refer to “the iPad problem.” The versatility of the tablet computer means your happiness with the product will depend on whether you use it as just another gadget or as a gateway to experiences and socialization.

“The problem is that it serves a lot of the same functions as you’d expect from an experience,” Howell says. For instance, you might use it to video chat with friends or play games with your daughter, increasing your social connectedness. On the other hand, if you spend most of your time playing solo games or browsing the Web, it’s going to fall more into the “object” category than the “experience” one, ultimately bringing you less happiness.

The fondue set you wanted so badly: Not happy

While some objects can indeed bring happiness by acting as a gateway to life experiences, they sometimes don’t get used enough to fill that role.

“One problem people have is that they forecast poorly,” says Howell. “We say, ‘I’m going to get this bike and go mountain biking every week,’ and then it collects dust.”

By way of example, he points to a fondue set he purchased with the idea of having regular fondue nights with friends. That would have been a perfect example of a material object facilitating pro-social life experiences — that is, if he’d ever taken it out of the box.

In other words, material purchases can only lead to memorable experiences if they actually get used, which they often don’t. That, Howell says, is why experiences are the safer bet.

“If you go to a concert, that social experience is going to have to be there,” he says.

Gifts for others: Happy

Researchers have found at least one big exception to the rule that you need to use your purchase to get any pleasure out of it: If you buy a product for someone else as a gift, that gift-giving experience will usually bring you happiness.

In one study, researchers surveyed hundreds of Americans about their spending habits and happiness levels, and found that those who spent more on gifts and donations to charity were happier. Another component of the study gave participants a wad of cash and asked them to spend it either on themselves or on others by the end of the day. Those who used it to help out others wound up happier.

These conclusions aren’t entirely surprising. The researchers classify gift-giving as “pro-social spending,” meaning that giving gifts falls into the same category as vacationing or going out to eat with friends and family. So the next time your friends or siblings ask what you want for your birthday, don’t wave them off and insist that you don’t want anything — letting them buy you a thoughtful gift will make their day.

The finer things in life: Happy

While for the most part material objects make you happy only if you’re giving them as gifts or using them in a way that leads to fulfilling social experiences, Gilovich says there’s one other class of material objects that can lead to happiness: treasured objects for which you have a particular passion.

A wine connoisseur, for instance, may take great pleasure from buying a bottle of fine wine, while a stamp collector will be very happy to get his hands on a rare stamp needed for his collection. Even if neither object lends itself to a pro-social experience, simply acquiring it is a transcendent and memorable experience for the connoisseur.