If you think video games are just mindless fun, think again. Microsoft recently paid $2.5 billion to acquire Mojang, the maker of Minecraft, a game that’s outrageously popular with kids around the world.

The huge value placed on the business offers a big lesson in finance, but that’s hardly the only way that Minecraft teaches about money. The game itself is chock-full of important lessons, says Jesse Stay, who co-authored “Minecraft for Dummies” with his 12-year-old son Thomas.

“Budgeting, trading, supply and demand, and understanding the value of what you own are ideas that are at the core of Minecraft,” says Stay. “Kids are learning finance and they don’t even realize it’s happening.”

Unlike games with specific narratives or fixed objectives, Minecraft is what’s known as an open-world, or “sandbox,” game. That means players are free to explore, gather resources and build whatever worlds and structures their imaginations can dream up.

According to the game’s makers, more than 19 million people have downloaded Minecraft for PC and Mac. Players are Minecrafting on platforms ranging from Xbox and Playstation gaming consoles to Amazon tablets and mobile phones. Check out how they’re learning about money along the way. 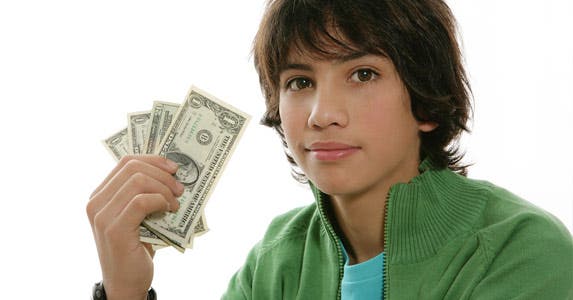 If you’re teaching your Minecraft-y kids the value of a dollar, you may want to talk to them about emeralds. For most players, emeralds function as a currency that can be used for trading, which is one of the game’s primary activities.

“(My son) Benjamin has learned how objects in Minecraft represent different values, how you trade or save them to get different tools or items, and how the value of certain items is worth protecting or saving,” says Christy Owenby, a marketing consultant and mother of three in Covington, Louisiana.

The takeaway for 10-year-old Benjamin is quite practical.

“You (need to) find different villagers and see if they have anything valuable (so) you can trade with them,” he says. “But you have to make smart trades.”

And you have to protect what’s yours. Benjamin recommends storing stuff in an “ender chest,” one of the many virtual items that players can acquire in the game. But to get an ender chest, or anything else for that matter, you need to do a little work.

“You have to mine — which is working — to get the right equipment to be able to find the jewels (and other items),” says Benjamin. 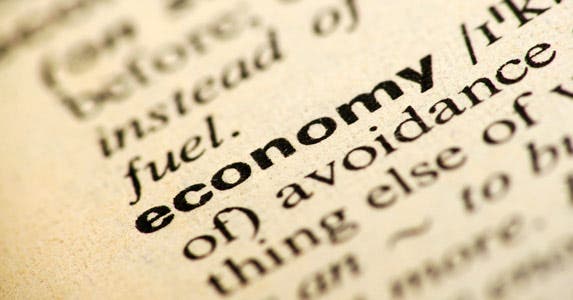 It provides a primer on economics

It’s hardly equivalent to a college course in economics, but participating in Minecraft’s virtual economy gives players something of a primer on the fundamentals of today’s increasingly complex real-world economy, says Dieter Scherer, CFP professional with Adaptive Wealth Solutions in Baltimore.

“It’s pretty amazing how these fully functioning economic systems can be built by kids who are looking to unwind after school,” says Scherer. “I can’t think of a more engaging way to teach kids about how the economy and capitalism function than turning it into a game.”

Learning to find your niche

All players must gather resources, which can be time-consuming. To save time, many players choose to build machines that automatically mine raw materials on their behalf. For Scherer, that’s an early and powerful lesson on the nature of innovation.

As communities of interacting players grow larger and more complex, players often learn to specialize in gathering a specific resource or building certain types of structures.

The lesson, according to Scherer, could be a valuable one down the road when today’s Minecraft players grow up and eventually join a highly specialized workforce. 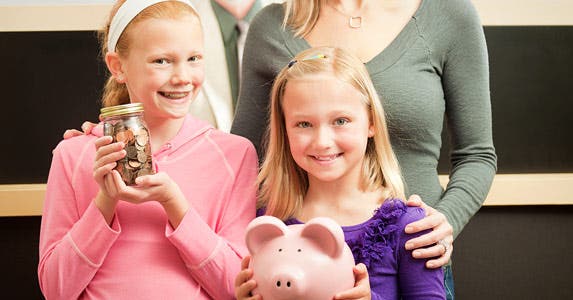 It offers a lesson in saving

No matter if you’re 8 years old or 88, balancing the urge for instant gratification against the deferred benefit of saving can be a challenge.

Most money experts say that the earlier a person learns to embrace the idea of saving, the better. That makes Minecraft an incredibly valuable teacher, says Ramon Khan, a father of two who works as a business development manager at National Air Warehouse in Houston.

“(My 9-year-old son) told me that he was not a big trader,” says Kahn. “He is more of a saver. The hard-to-find items take a lot of work to acquire, so (he says) he does not trade them easily.”

Khan says that while it’s nice to know that his son embraces a saving strategy in Minecraft, what’s even better is how the boy now takes that same approach in real life.

“The game is teaching him to save and not just splurge his earnings for new things all the time,” says Khan. “He is actually a wise spender in real life and saves his money very well.” 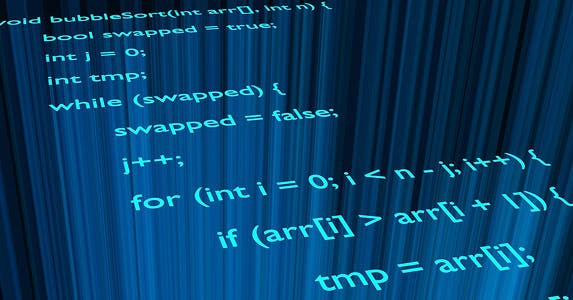 It promotes the value of knowing code

Some of the biggest names in technology say if you want to teach your kids a valuable skill that will serve them well in a society increasingly driven by innovation, one of the best things you can do is sign them up for lessons on writing computer code.

A few years ago, Bill Gates, Mark Zuckerberg and a handful of other tech industry titans teamed up to spread the word about the importance of teaching kids to code, arguing that a basic understanding of coding will serve them well in just about any profession in the future.

Minecraft offers a compelling starting point for young, would-be coders because it allows them to look under the hood and modify the game.

“On the PC version, kids can manipulate the code and make their own versions of the game, complete with new objectives, characters, items and currency,” says Daniel Short, a professor at Robert Morris University in Pittsburgh who has written about the educational benefits of games like Minecraft.

“The game is pushing kids toward wanting to learn how games are made,” he says, “influencing them to want to learn coding skills, and perhaps into a career in the computer sciences.” 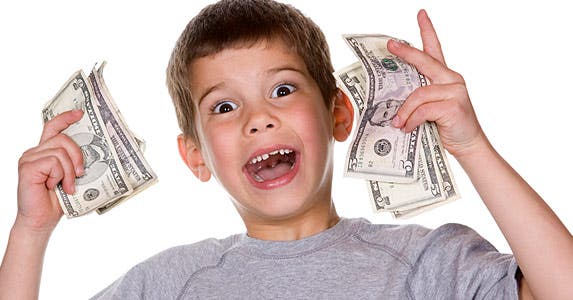 While most players learn a variety of valuable money lessons playing Minecraft, some earn actual cash.

“Writing a book was hard work for my son,” says Stay, the dad who co-authored “Minecraft for Dummies” with his 12-year-old. “A project like that taught him a lot about patience and (about) making a little bit of progress every day.”

Other players make instructional videos for their fellow players. Often, these videos run ads that generate revenue for video creators, according to an email for TubeMogul, a video-ad-buying software company.

While actual revenue is difficult to estimate, TubeMogul says that at least one of the more popular YouTube channels producing Minecraft content likely generates an annual income in the low six figures.

But even players who aren’t interested in sharing their hard-won knowledge via books or videos might make money just by playing Minecraft — on one of the newer servers that tie the game’s virtual wealth to the virtual currency bitcoin.

“Players can trade bitcoin-backed emeralds for other goods in the game, or they sell their own goods for more emeralds and thus make real-life bitcoin,” Stay says.