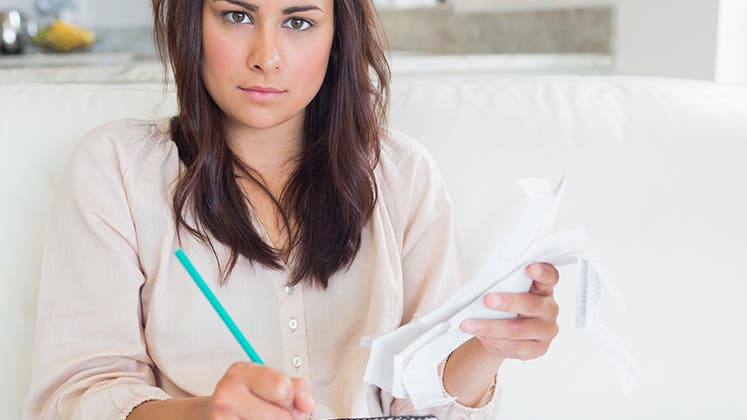 We get all kinds of messages about money from the people in our lives. These messages come from what teachers, parents, peers, caregivers and society say or don’t say about money. We also get messages about money by going through traumatic financial experiences, such as losing a lot of money in a market crash.

These messages can come together to form beliefs about money, such as “money will make me happy,” or “financial problems will just work themselves out.”

Their online survey of 422 people, in which participants rated how much they agreed or disagreed with various statements designed to gauge their beliefs about money and financial behaviors, showed that having certain money scripts could predict destructive financial behaviors. Those behaviors included compulsive buying, financial infidelity (lying to your spouse about spending), financial dependence on others, pathological gambling and financial enabling with one’s children.

Klontz and Britt found three categories of money scripts that put people at greater risk of engaging in negative financial behaviors, such as overspending and getting into credit card debt.

If you’re struggling with any of the behaviors mentioned in the table, or if you have other financial problems, changing your money scripts could help change your financial behavior. Rich Kahler, a Certified Financial Planner and president of Kahler Financial Group, a financial planning firm in South Dakota, discovered this through his experiences working with clients.

For example, one of Kahler’s clients followed this money script: When you retire, you die. The client believed that because a lot of people in his family died one or two years after they retired, funding his retirement was essentially funding his own death.

Kahler worked with the client to create a more flexible definition of retirement. Instead of retirement being synonymous with death, they decided that retirement can mean that you can do what you want, when you want and with whom you want. After that, the client began making monthly contributions to his retirement fund at seven times the amount that his accountant had asked him to contribute.

Psychologist Maggie Baker, author of “Crazy About Money: How Emotions Confuse Our Money Choices and What to Do About It,” also helps her clients with money scripts.

By identifying their goals and values first, she then shows them how to change their money scripts so that they’re in line with what’s important to them. Simply telling people they need to save money because otherwise they’ll run out makes them feel like the situation is out of control, says Baker. Most people know that saving money is a good idea, but some still don’t do it. People need emotional motivations to change money scripts, Baker says.

How to identify your money scripts

Kahler recommends doing some word association. Think up a variety of words, ask yourself how you associate those words with money and write down the first thoughts that come to mind. Your answers are your money scripts.

More On Spending And Money Scripts:

Klontz recommends asking yourself the following questions to help you identify your money scripts:

Once you identify your money scripts, target the ones that are rigid and inflexible.

Rigid money scripts might work well for you in certain situations. When circumstances change however, those same money scripts become very flawed.

That’s why you want flexible money scripts that make sense in a variety of situations, so you can avoid financial trouble, says Kahler.

Another way to change your money scripts is to talk to people who are more financially successful. If you know or work with someone who is higher up the corporate ladder or has the type of job you want, Klontz recommends talking to them or taking them out to lunch to find out what they think about money. They might have a set of beliefs that you should adopt to help yourself be successful, says Klontz.