Money and health: They’re American obsessions. And no matter what your financial or physical well-being is, most folks make an attempt each new year to save more money and get in better shape. Bankrate spoke to some experts and came up with five easy ways to do both at the same time. Together, the health benefits can add up long term in the form of lower medical costs and insurance premiums. Studies also show that fitter folks tend to earn more and get promoted more quickly.

In the short term, follow these tips and hopefully you’ll see an extra $3,400 in your bank account as summer comes around. Then you can head off on vacation ready to show off your new ready-for-the-beach body!

Ditch the gym, take it outside 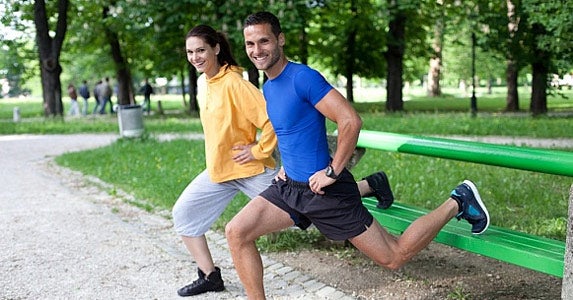 With the average gym membership at about $43 per month, according to the International Health, Racquet and Sportsclub Association, ditching that fee could save you $258 in six months. If you live in a major city, you could be paying upward of $80 per month, so quitting would help you boost savings to a tidy $480 by midyear. And that’s not counting the initiation fees new members pony up in the rush to stick to New Year’s resolutions. Those can cost more than $100. IHRSA says average gym utilization hit about 102 visits per year in 2011, but plenty of folks have trouble getting to the gym more than a few times a month. If you’re among them, the choice is clear: Pocket the savings and lose the guilty conscience.

But you’ll still want to get in shape, right? The options for free workouts abound, says John Heringer, a certified personal trainer and owner of Fast Action Training in California. “Get creative,” he says. “Think in terms of using skills you know.” That means pull-ups at the playground, bench dips on a stable chair in the dining room or bicep curls using a gallon of water or a can of soup. “The biggest thing is making it fun,” Heringer says.

Still want the camaraderie and variety of equipment you find only in a gym? Look into city-run recreation centers, which are found in many cities and towns. An annual membership in Charlotte, N.C., is $41 while New York City’s locations cost $75 for a six-month membership, with no upfront fees.

Avoid convenience foods, cook for yourself 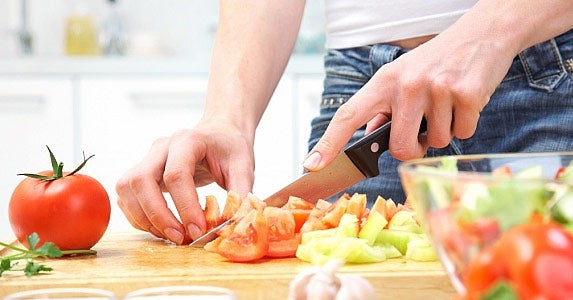 Excess sodium, empty calories and lots of sugar: Processed foods are chock-full of everything but the nutrients our bodies crave most. The health wisdom of switching to “real” foods seems obvious, but many folks balk at the costs. Yet ready-to-eat foods aren’t necessarily cheap. Next time you’re at the supermarket, do the math.

Four chicken breasts, a head of broccoli and a box of rice — enough to feed a family of four with leftovers — costs about $9 at Weis Markets in Hawley, Pa. Three frozen dinners — with no leftovers — will run you roughly $12. Fast food is nearly as pricey as frozen. Four McDonald’s Extra Value Meals can add up to north of $12. Save $3 a day, five days a week, and that’s real money.

The key to shopping for cheap, healthy foods is to avoid the center of the grocery store, where retailers peddle crackers, cookies, sodas, juices and frozen meals, says Jerri Zacko, a registered dietitian in Harrisburg, Pa. “Stick to the perimeter for fruits, vegetables, dairy, meat and bread,” she says. “You’ll get all of your essentials and avoid temptation on the junk.” Plan a menu, use coupons and buy in bulk when items are on sale, and you can supercharge your savings, she says.

Six-month savings: About $400 in food costs

Calories cut: As much as 26,000 calories over six months if you replace your dinners with homemade food

Loosen the grip of vices 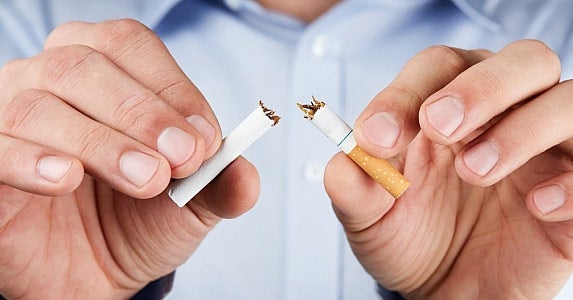 Cigarettes and booze: Life would be more boring without them, as the noted critic Christopher Hitchens once said. Life would also be much longer.

The two-decade public health campaign against smoking has pushed the national average for a pack of cigarettes to almost $6, not including local cigarette and local sales taxes, according to a 2012 report by the Campaign for Tobacco-Free Kids. Many stores in New York City’s Manhattan charge an eye-popping $14 for a name-brand pack. Even if you need to spend on nicotine replacement aids or self-help books, the savings could be immense.

The health implications of drinking remain more inconclusive. Studies have shown some regular consumption of alcohol can reduce risk of heart disease and lower cholesterol. But drink too much, and your liver and kidneys start to suffer, along with your ability to sleep and concentrate, says Zacko.

Adults can decide for themselves how much alcohol consumption is too much, but cutting your intake by as little as three drinks per week can start to add up in your wallet. That’s especially true if those drinks come at a bar or restaurant, where a pint of beer can fetch upward of $7.

Clearing your lungs and mind even a little can also help you get more enjoyment from any fitness programs, making you more likely to stick to your plan, says Heringer.

Six-month savings: Save $468 if you cut back from five to two packs a week, and save $1,326 if you cut out all five cigarette packs per week and cut three drinks a week.

Calories cut: About 13,650 over six months if you cut out three drinks per week

Drive less: Save on gas, tighten that … backside 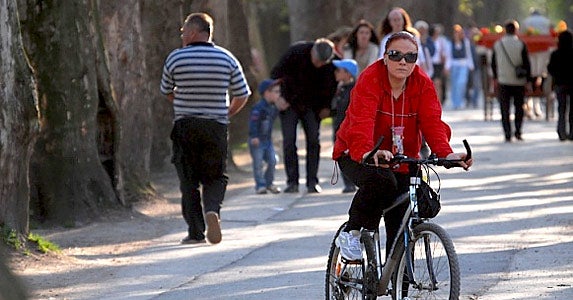 For some, going to the gym or doing a dedicated workout just isn’t going to happen. That’s why public health advocates have been encouraging people to incorporate more movement into their everyday lives. The easiest way to do that, Heringer says, is on your commute.

“At the very least, park in the back of the lot so you have to walk to the office,” he says. Parking a mile away is even better. You might dread the walk at the end of the day, but you’ll probably be invigorated once you get going. The savings aren’t that vast: 10 fewer miles a week will net you about a half-gallon of gas, depending on the car you drive. The national average Dec. 24 was $3.25, according to AAA.

If you can, ride your bike once a week and save that much or more in a day. If work is too far away, pedal to the nearest public transportation stop. Then use the two-wheeler to run nearby errands on the weekend or to go out in the evening. Biking might mean some upfront costs for safety and comfort, but the payback in health benefits should come quickly.

And if you can’t give up driving at all, Heringer says, clap your hands on the steering wheel and sing out loud while you roll. “Any movement is better than none,” he says. 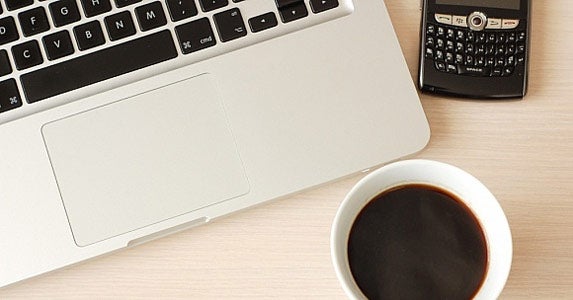 Most of us spend the majority of our waking hours in the office — an environment not known to induce healthy living. But there are plenty of ways to burn more calories at work. Some may even help you save money.

Start with that morning pick-me-up. A plain coffee approaches $2 at many Starbucks; fancier drinks such as lattes push around $4. Avoid the store — where you’ll be tempted to buy sugary treats — and drink the free stuff at work. Keep it black: An unadulterated cup has just two calories, according to the Mayo Clinic, while a 16-ounce Starbucks latte weighs in at 190 calories. The plain cup may even boost your health: Zacko says recent studies show “the anti-inflammatory and antioxidant qualities found in coffee may help reduce the risk for certain cancers.”

Once there, adjust your workspace. “That guy” in the office working on a treadmill is on to something. Studies show inactivity can lead to increased likelihood of chronic diseases and circulatory issues. The key is regular movement. “Schedule your phone to go off on an hourly basis,” Heringer says. “Get up and do a lap around the office.” He suggests improving your posture so muscles don’t tighten. “Do whatever it takes to get your body moving a little bit more every day.”

When lunchtime comes, unpack your brown bag and go to town on that leftover chicken and broccoli. Cook ahead if you have time, Zacko says, so you are armed with fruits and vegetables, not chips. Drink water, not soda. Instead of spending $7 a day at the deli, spend roughly $10 a week on better food. After you eat, try taking a walk outside if you can, Heringer says.