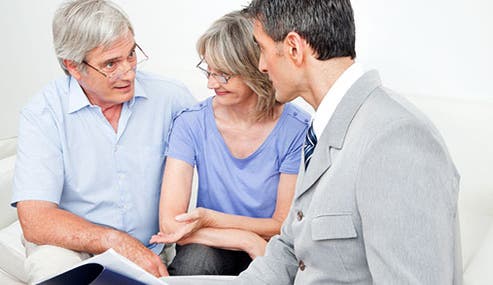 Especially for those who start out in a deep financial hole, getting your finances in order can seem impossible.

If it’s any consolation, so can starting a successful business, says Nancy Koehn, a historian at the Harvard Business School.

“There are something like 3 million businesses incorporated in America each year. The overwhelming majority of those won’t live past their first birthday,” Koehn says.

But whether a business leader is building a startup into a global powerhouse or turning around a company that’s fallen on hard times, there are some common threads between successful companies, Koehn says.

What does that have to do with your money? Potentially plenty, says Sue Hunt, director of housing counseling at CredAbility, a nonprofit credit counseling service.

“Individuals, with their personal finances, can sometimes learn a lot from emulating corporate practices,” Hunt says.

Here are some of the best money lessons for families from America’s biggest companies.

Have a compelling vision

Know what you want to accomplish with your personal finances.

All companies are in business to make money. But what distinguishes the best firms from all the others is the compelling vision of their leaders for what they want to accomplish, Koehn says.

“‘What is the destination? What is the mission? Where are we all going?’ are critically important (questions),” Koehn says.

Koehn cites the example of Starbucks founder Howard Schultz, who turned the company around by renewing his company’s focus on “(coffee) as you want it and a compelling experience for you,” Koehn says. Earnings at the company rose from $312 million in 2008, the year Schultz returned as CEO, to $1.38 billion in 2012.

That same need for a concrete, compelling vision translates into getting your personal finances on the right track as well, Hunt says.

Whether it’s enjoying a comfortable retirement with your spouse in Florida or trading in your junk heap of a car, a concrete goal will help you stay focused, Hunt says.

“Changing the way you handle your finances is almost inherently uncomfortable and sometimes very difficult,” Hunt says. “You have to see what the value is to it in the short term and the long term to continue to motivate you to make that happen.”

Efficiency is a preoccupation of many of the most successful CEOs in history, but great companies are rarely made through cost cutting, Koehn says.

“Inattention to wasteful practices constitutes an important form of inefficiency, but the idea that cost control is some kind of mantra for success is as big a fallacy,” she says.

Research, experimentation and attracting great employees are integral to a business’ success, Koehn says, but, “All of those things, when you’re on the train of ‘cost control, cost control,’ can get cut and can eat at the seed corn, the DNA — the essence of a company’s competitive advantage.”

Koehn cites the example of Albert Dunlap, who laid off half of the workforce of Sunbeam Corp. in the 1990s in an attempt to turn it around, earning the nickname “Chainsaw Al,” only to see the company slide into bankruptcy in 2001.

It may be tempting to cut out a vacation to save money, but the negative impact on your mental health and overall quality of life may not be worth it, she says. Instead, scaling it back by driving to a nearby vacation destination rather than flying to a more exotic locale may be better.

“Just as with businesses … spending money in your home should be a conscious, thoughtful process,” Hunt says.

That goes for investing in education, too, she says. If you do the research and believe strongly that a certain credential or degree will help you earn more, it makes sense to invest in it in a responsible way.

Create a culture of financial sanity

A positive company culture will tend to make employees more productive and creative, but it also works the other way. A company’s management team can come up with an ingenious turnaround plan, but if its employees don’t agree with implementing it, it has little chance of success, Koehn says.

She cites the example of Ford before the arrival of CEO Alan Mulally. Numerous attempts to modernize the company under other CEOs failed to stop the company’s decline from its height in the early ’90s, thanks in part to a wayward company culture.

Ford, Koehn says, “had lost sight of how (its) people were connected and what it meant to be the successor to Henry Ford’s automobile company, with high standards on quality and affordability.”

Hunt says the same thing can happen to families. One of her money lessons is that a family financial turnaround plan can founder if all the members don’t buy in.

“Start in your family to kind of build a new culture of money,” she says. “Schedule, with your spouse or your significant other, weekly or biweekly meetings to talk about your goals and whether you’re meeting them. If you have children involved in the household, have them on an allowance, and make sure they understand how that impacts the family.”

From there, you can reach out to nonprofit credit counselors who might be able to offer money-management courses and other support, Hunt says.

Pay attention to what’s going on around you

In the dog-eat-dog world of business, what often separates the companies that succeed from those that don’t is “the ability to look up and out and not get too insular, and say, ‘What’s going on in this marketplace?’ so you can reinvent yourself — not just because things have gone bad inside but because the market’s changing,” Koehn says.

A perfect example is Leonard Lauder, chairman emeritus of the Estee Lauder Cos., who anticipated a fundamental shift in women’s cosmetics toward products that were healthier and more comfortable to wear, Koehn says.

The company responded in 1968 by creating Clinique, now a major part of the Este Lauder empire.

“We should stay informed and look around at what is going on in the economy and plan accordingly,” Hunt says.

Hunt cites the payroll tax hike that went into effect at the beginning of 2013 as one example of a national event that directly affected American household budgets.

“There was a little bit of a decrease in almost everybody’s income,” Hunt says. “I wonder how many people really looked at it to see how much that decrease was and (whether) there was a place in their budget where they needed to compensate for it.”