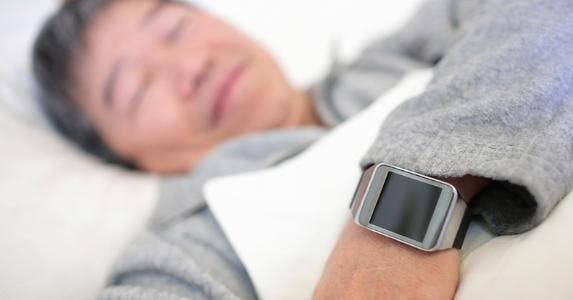 Technology has changed the way we socialize, find information and bank, and it’s also having an impact on elder care.

As the population ages, adult children are increasingly taxed with taking care of their parents or footing the bill for that care, which can cost thousands of dollars per year. A proven way to reduce the burden is to keep the elderly in their homes longer, and that’s where technology is coming into play.

“The home caregiver market is huge,” says Murray Brozinsky, chief strategy officer of Healthline, a San Francisco-based health care IT company. “Having the ability to do monitoring remotely is saving people a lot of money.”

By most accounts, technology’s role in elder care is only in its infancy. Today, the most common applications center on remote monitoring, whether it’s through online video conferencing services like Skype or FaceTime or through mobile devices that check vitals such as blood pressure, heart rate and glucose levels. But there is other technology that will improve elder care.

Remote monitoring as a way to collect and analyze data

While the current technology on the market does make it easier to monitor the elderly patient remotely, it’s only the beginning of what will be a huge industry. Life Alert, the panic button on a necklace device made famous by its “Help, I’ve fallen down and can’t get up” commercials nearly 30 years ago, is a more than $1 billion business today with only 1 percent penetration, says Sean Slovenski, CEO of Care Innovations, the Roseville, California-based technology company that collects and analyzes patient data.

Not only will technology save caregivers money, but the data collected can be used to predict future health issues and outcomes. That should lower the costs to the overall health care system. Today, a lot of the data being collected isn’t used because it’s in an unstructured form, such as texts or emails, or because it doesn’t go directly into a patient’s electronic medical record. Once the technology can send the data to caregivers, doctors and electronic medical records without the intervention of the patient, that data will become more valuable, Brozinsky says.

One area of technology that holds promise for analyzing and predicting health outcomes is wearable devices. Today, wearable devices are available on the market, but most are centered on health and wellness. Technology like the new Apple Watch or the UP app by Jawbone do things like monitor sleep patterns, body temperature, heart rate and hydration levels.

In the future, Paul D’Alessandro, PricewaterhouseCoopers customer leader for health industries, says these wearable devices will continuously monitor vitals such as blood pressure and heart rate, sending data to doctors and caregivers without any intervention from the patient. That’s important because a key gauge for determining whether something is amiss with an elderly person is a change in their regular movements and activities.

“Pacemakers and diabetes pumps are such a small element of remote monitoring,” D’Alessandro says. “In the next 18 months, continuous heart rate and blood pressure monitoring will be more prevalent.”

In the not-too-distant future, wearable devices will get even more specific in monitoring diseases. D’Alessandro says some things in development include early warning systems for patients at risk of bed sores, detection of stroke or intracranial bleeding from head injuries, continuous biomarker monitoring to predict heart attacks or diabetes, and medication-adherence tracking where an inertial, wearable device can detect a cap twisting and hand-to-mouth motion.

Smartphones will become a monitoring device

Wearable devices aren’t the only technology that will keep people in their homes longer.

There are a handful of advanced monitoring technologies on the market that utilize smartphones to gauge a person’s health. For example, take the AliveCor heart monitor. Using a compatible smartphone or tablet, the AliveCor Mobile ECG records electrocardiograms and heart rates anywhere, at any time.

All you have to do is rest the device, which affixes to your smartphone, your fingers or chest to record and get an electrocardiogram in 30 seconds. That means caregivers will know almost immediately whether the EKG is normal or if an atrial fibrillation is detected. Patients or caregivers also can get the EKG analyzed by a board-certified cardiologist or a cardiac technician for a fee.

The Ginger.io app also can help people stay in their homes longer and be used as a predictor for dementia. This app works with iPhones and Android phones. It uses data from your smartphone to scope out days when you may be less active, which could be due to a health issue. The app also sends alerts to your health care team if a change in your behavior is detected by your smartphone.

Ease of use is crucial for high-tech mass adoption

There’s no question that technology will play a major role in remote monitoring in the future, but for it to be adopted by the masses, it’s going to have to be easy to use.

Take the Apple Watch. It may have the wow factor, but it’s doubtful that people in their 80s are going to line up for it. Not to mention that many won’t be able to read the buttons or will fumble with the small keys.

“What’s starting to happen is a recognition that even if technology can solve problems of the patients, it’s geared toward many who don’t feel comfortable using it,” says Slovenski of Connected Care. “It doesn’t matter how cool it is if someone won’t use it.”