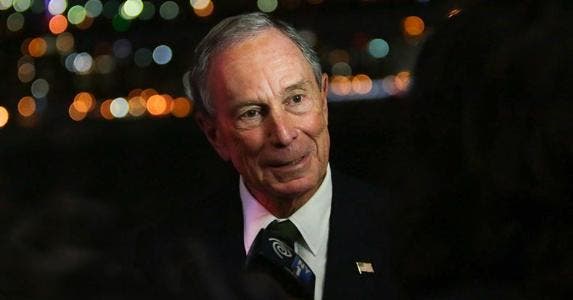 How Michael Bloomberg’s net worth was built

Born into a middle-class family, Michael Bloomberg used hard work to get where he is today. To get his degree from Johns Hopkins University, he took out loans and worked as a parking attendant. After that, he got his MBA from Harvard Business School and started working for Salomon Brothers in New York, where he made $9,000 a year. From the bank vault, Bloomberg eventually worked his way up to partner. But when Salomon Brothers went public, he was asked to leave. Fortunately, he had the wherewithal to use his severance package from Salomon Brothers to start his own company in 1981 — now known as Bloomberg LP.

With Merrill Lynch as his first customer, the business continued to grow. Now Bloomberg LP employs about 15,000 people worldwide. In addition to business ventures, Bloomberg set his sights on politics and became the mayor of New York City for 3 terms from 2002 to 2013. To do his, he stepped down as CEO of his company, and he took only $1 per year as mayor. But even with limited pay, Bloomberg’s net worth towers around $36 billion, putting him among the world’s wealthiest people.

FREE TOOL: You can use Bankrate’s net worth calculator to see how you compare to Bloomberg.

Now that his time as mayor is up, Bloomberg has returned to the helm of Bloomberg LP. But he’s also keeping busy with his personal causes and philanthropic pursuits. His nonprofit organization, Bloomberg Philanthropies, focuses on supporting its priorities of public health, arts and culture, the environment, education and government innovation.

Bloomberg has been honored by many. Because of his outstanding contributions to New York, he received the Richard A. Cook Gold Medal in 2008. Several universities, including Harvard, have awarded him honorary degrees. He has been honored by Time and Vanity Fair magazines for his contributions. In 2014, Queen Elizabeth II named Bloomberg an honorary knight because his business and philanthropy have benefited the United Kingdom.